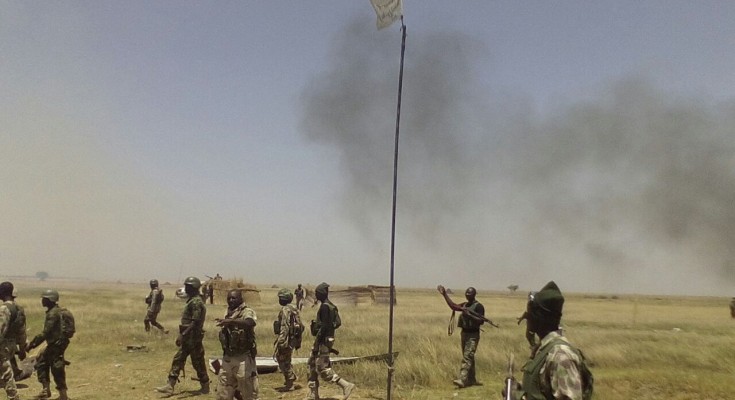 In their continuous efforts of clearing the remnants of Boko Haram  in various hideouts and enclaves,  troops of 7 Brigade, 8 Task Force Division, have also embarked   on clearance operations, since yesterday in which they cleared Boko Haram  hideouts ahead of Gratte in Kukawa Local Government Area of Borno State.

During the clearance operation, the troops killed 7 Boko Haram terrorists including a notorious kingpin popularly known as the Albani of Monguno.

It is gratifying to report that the troops’ morale remains high as they dominate the general area with a robust fighting patrol in continuation with the clearance operations.