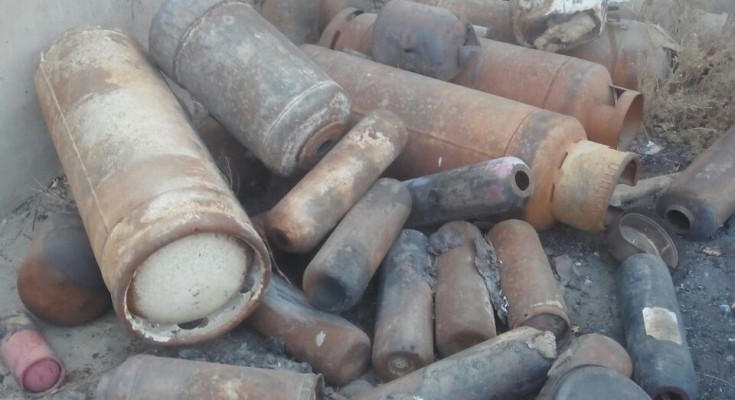 It will recalled that despite their defeat, the terrorists continued to attack innocent citizens, military and soft targets through vehicular and human borne Improvised Explosive Devices (IED). Despite ongoing clearance of the remnants of the Boko Haram terrorists, they persistently hid the IED manufacturing factories location.

However, that would be no more, thanks to the efficient intelligence and resilience of our troops. It was based on this that we got credible and timely information  that made troops to  swoop on  one of such factories in Ngala town and destroyed it and killed some of the Boko Haram terrorists.

In addition, they recovered   20 gas cylinders of various sizes prepared  and ready for explosive insertion, primers, gun powder, electric wires and tape recorders, amongst other items.

It is heart-warming to inform the public that troops in various parts of the theatre of operation LAFIYA DOLE are doing well and their morale remain very high. Please disseminate this information to the public through your medium.