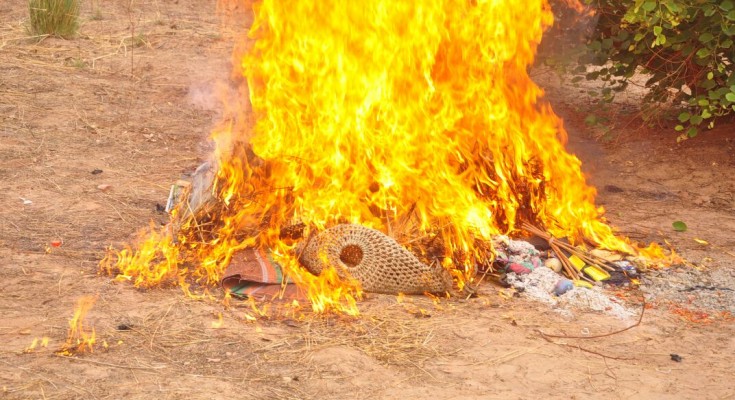 The terrorists on sighting the  patrol team, ran and abandoned the  items. However, the team pursued and killed 3 of them, while 2 escaped with gun shot wounds.

Items recovered from them include 3  packets of Tramol, 2  packets of Lamumol, 7  packets of Really Extra, 2 packets of Viagra, 2 o of Ulgra and 14 of washing soap. Other items include 4  rolls of Klin Detergent,  2 packets razor blade and  14 packets of Maggi, half-bag of table salt, 5 bicycle tyres and  tubes, as well as  2  quick patch for tubes, 1  roll of matches and 10 pairs of rubber shoes. The troops also recovered large quantity of potash, onions, locust beans, some quantity of rice, mats and tarpaulin.

In a related development, based on information, troops of 7 Division Garrison today in conjunction Civilian JTF, arrested one Alhaji Bulama Budu at Old Maiduguri general area.

Preliminary investigation shows that Alhaji Bulami Budu, who hailed from Aiwa village, Mafa Local Government Area,  was one of the Boko Haram terrorists detained at Giwa Barracks   before he escaped when his colleagues, Boko Haram terrorists attacked the facility and released all the insurgents in March 2014.

His arrest would further lend credence to Nigerian Army investigation on the incidence about the number of casualties killed by the terrorists and those that escaped that day. He is currently being interrogated by the Joint Intelligent Committee.