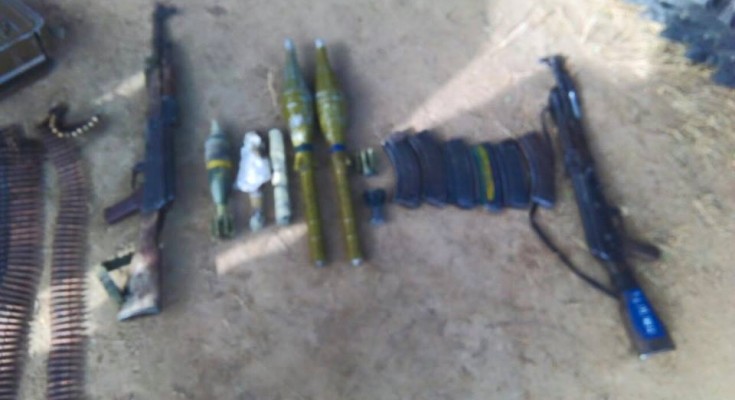 May 15, 20167 DivisionComments Off on BOKO HARAM TERRORISTS ATTACK TROOPS ON HARBOUR

Troops of 21 Brigade and rugged team of Armed Forces Special Forces (AFSF) on Operation CRACKDOWN inside Sambisa forest while on harbour for refitting, came under Boko Haram terrorists attack at about 1.45am today morning. However, the gallant troops successfully repelled the attack. They further followed up with mopping up operations of the general area before advancing. They also recovered 2 corpses of the attackers and the following items; 2 AK-47 rifles, 2 Rocket Propelled Grenade (RPG) bombs, 5 rifle magazines, mortar bombs and a belts of Unfortunately 5 soldiers were wounded in action (WIA), as a result of mortar fired into the harbour area by the Boko Haram terrorists. The wounded soldiers have been evacuated to the rear for treatment.

Despite this incident, the morale of the gallant troops remains very high as they are determined to successfully clear Boko Haram terrorists.

You are kindly requested to disseminate this information to the public through your medium.
Thank you for your kind cooperation.