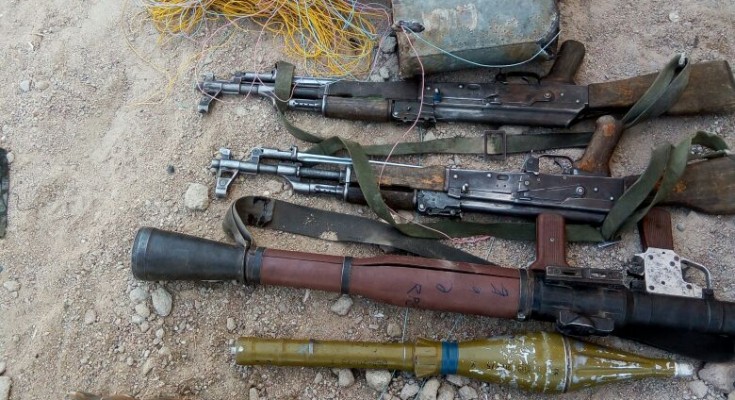 The troops of 202 Battalion of 21 Brigade in Operation LAFIYA DOLE have ambushed Boko Haram elements in which they killed 3 and arrested one of the terrorists at Sabsawa-Boarding road and BOCOBS-Ngurusoye road on between 1-2nd June 2016.
The captured Boko Haram terrorist, Umar Mustapha, who claimed to have come from Sabsawa,   has been handed over to the Brigade Headquarters for further interrogation and processing. The troops have continued with their clearance operations of the remnants of Boko Haram terrorists within the Sambisa forest.
In a related development, earlier this morning, troops of 112 Battalion on patrol from Mafa to Dikwa were ambushed  at Ajiri village, by Boko Haram terrorists. Although they successfully cleared the ambush, one soldier died in the process, an officer and 3 soldiers sustained various degrees of injury. One of the civilian JTF accompanying the patrol team was also injured.
The team killed 8 Boko Haram terrorists and recovered arms and ammunitions at the ambush site. The recovered items include, 1 Rocket Propel Grenade (RPG),  AK-47 Rifles, 2  Rocket Propel Grenade bomb, 3 AK-47 Rifle Magazine and 120 rounds of 7.62mm ammunition.
The troops also discovered 3 Improvised Explosive Devices (IEDs) concealed by the edge of the road which were safely detonated by the Explosive Ordnance Device  (EOD) team.
The body of the late soldier and the injured have since been evacuated to 7 Division Medical Services and Hospital, Maiduguri. 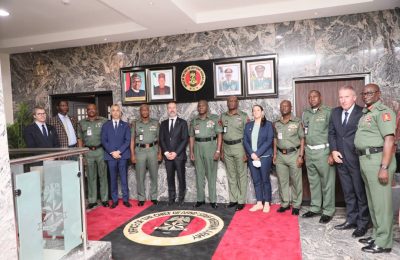