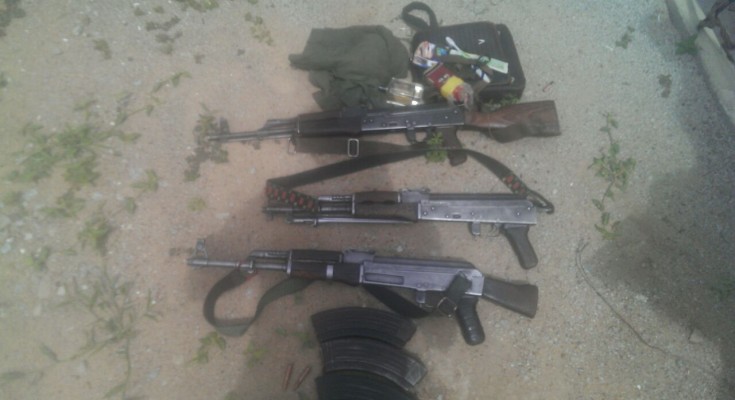 Jun 21, 2016Press ReleaseComments Off on TROOPS CLEAR ARMED BANDITS OUT OF MARU LGA

In continuation of the concerted efforts of clearing cattle rustlers, armed bandits and kidnappers in the north western geo-political region, troops of 1 Division in conjunction with other security agencies have been making tremendous progress.

It is inline with this that troops of 223 Battalion, 1 Brigade, Nigerian Army embarked on a patrol to Maru Local Government Area of Zamfara State.

During the patrol, the team encountered and engaged notorious armed bandits that have been wrecking havoc on the communities.

The troops killed 9 of them, while a few escaped with gun shot wounds. The team recovered 3 AK-47 rifles, 4 AK-47 rifle magazines, 5 rounds of 7.62mm (Special) ammunition, a machete and 24 motorcycles after a thorough combing of the general area.

In a related development and in a sheer act of bravery, local vigilantes at ‘Yargada village, Gusau Local Government Area apprehended another armed bandit.

Buoyed by this success, the troops morale is very high and are determined to continue to enhance the general security of their respective areas of operation through patrols, raids and clearance operations.

It is in the light of this that we solicit for more cooperation and support from the public.