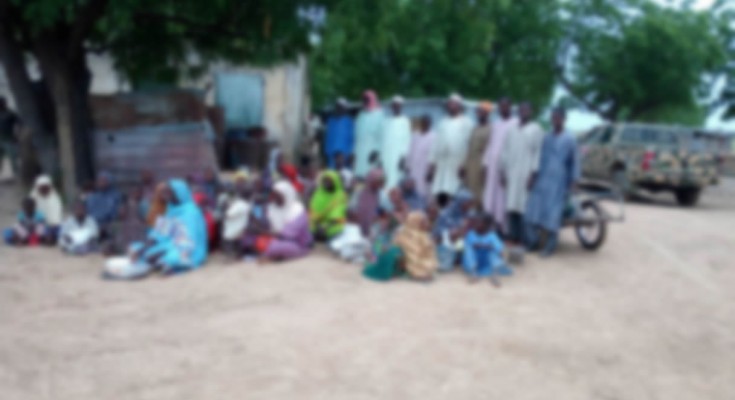 Today, in the early hours troops of 81 Battalion and 251 Task Force Battalion deployed at an Observation Post sighted a group of persons approaching its Check Point at Liwanti village along Damboa-Bulabulin road, Borno State. On arrival, they were received and treated humanely based on International Humanitarian Laws and Rules of Engagement.

On preliminary investigation, it was discovered that the 69 of them were indeed family members of Boko Haram terrorists escaping from Sambisa. Out of that number, 7 of them are men, 18 women, 7 grown up boys and 37 children.

At the initial state of interrogation, they claimed to have escaped from Boko Haram terrorists captivity at Ngwalimari village in Sambisa forest general area. But further interrogation revealed otherwise.

The troops recovered 15 bicycles, 5 Dane Guns and other personal effects from them. Further and thorough investigation is ongoing to ascertain other information from them. 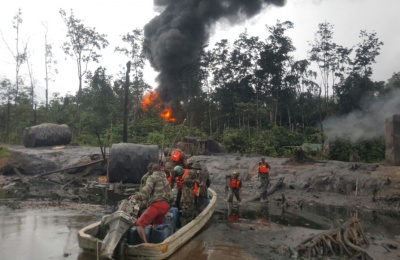