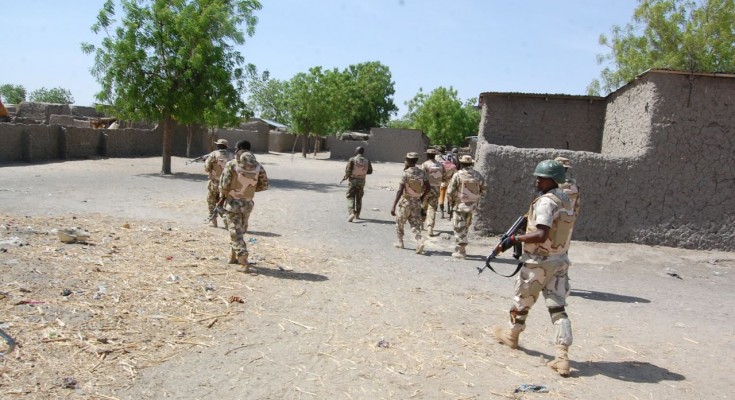 Troops of 223 Battalion, 1 Brigade  under the auspices of Operation SHARAN DAJI of 1 Division Nigerian Army, today carried out fighting patrol to Kabaru village forest, Maru Local Government Area of Zamfara against cattle rustlers and armed bandits. During the patrol, the troops engaged armed bandits  and killed 3 of them and wounded some. The troops recovered 20 motorcycles, 4 empty cases  of 7.62mm (Special) ammunition and 4 empty cases of 7.62mm (NATO) ammunition. Other items recovered include 1 mobile telephone handset, some rings and a bag containing local charms.

The troops also carried out similar operation at in forests at Kusa, Bayan Dutse and Gusami general area in Birnin Magaji  Local Government Area of the same state. Although no armed bandit was killed, it is believed some of them have escaped with gun shot wounds. The troops however made the following recovery; 1 AK-47 rifle, 1 AK-47 rifle magazine, 13 rounds of 7.62mm (Special)  ammunition, 2 motorcycles, 4 rustled cows and a machete. The troops also apprehended a suspected errand boy and informants to the armed bandits at Gusami village.

Thereafter, the patrol team proceeded to Maganawa forest where they equally engaged the armed bandits and killed one of them  and recovered 1 locally made pistol, a Dane  Gun and 5 rounds of ammunition before returning to base.