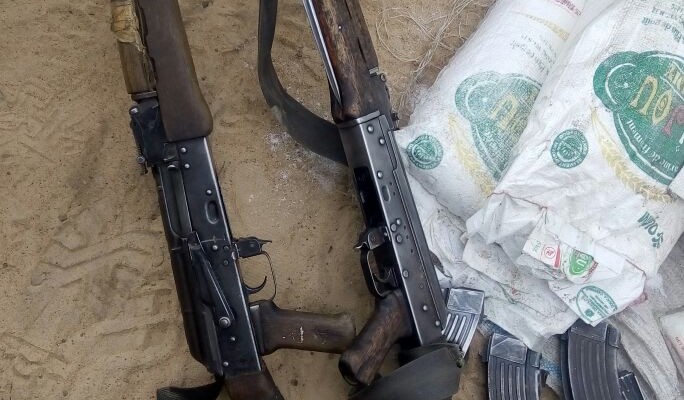 Today, at the early hours of the morning, troops of Operation LAFIYA DOLE ambushed Boko Haram terrorists crossing into Sambisa forest from  Komala and Musafanari axis with logistics items.

The ambush party killed 2 Boko Haram terrorists, while 2 soldiers sustained  gunshot wounds. The wounded have since been airlifted and are receiving treatment at a military medical facility. They also recovered a motorcycle and 2 bicycles amongst other items from the terrorists.

TAGOperation LAFIYA DOLE Sambisa forest.
Previous PostInaugural Address By Colonel Sk Usman On The Occasion Of The Inauguration Of Strategic Communication Course 1/2016 At NASPRI Auditorium Next PostTROOPS RECOVER GUN TRUCK AND RAN INTO AMBUSH AT GONGON