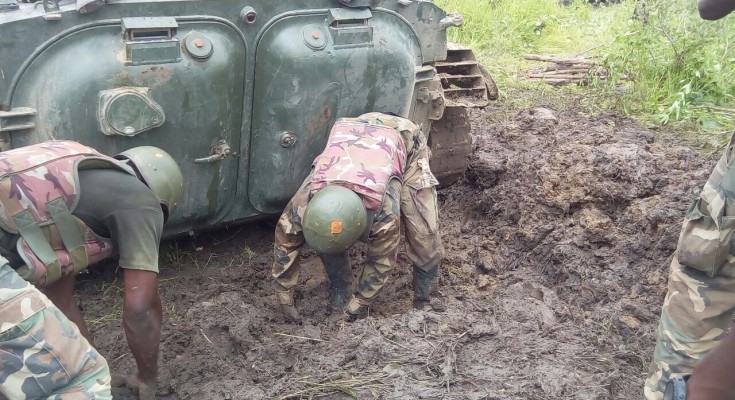 It is in this vein that a patrol team had contact with elements of terrorists at MOPOL and BOCOS general area yesterday Sunday 14th May 2016. During the encounter, a Boko Haram terrorist was killed and the team recovered 5 bicycles, wheel barrow containing sack of foodstuffs and a Tecno mobile telephone.

Troops on patrol also rescued 28 persons comprising 2 men, 9 women and 17  children of which there were 8 males and 9 females same at Bama Local Government Area, Borno State.

The rescued persons claimed to have escaped from Bula Musa village. They have been taken to Bama town for screening, profiling and possible hand over to emergency management and humanitarian agencies.

In a related development, the United Nations High Commission for Refugees  (UNHCR) team led by Adam Zanna Karamma visited Bama IDPs camp to register the internally displaced persons  who are below ages of 17 for distribution of non-food items. The team stated that, they intend to train them on skills acquisition and construction of temporary shelter.

In Dikwa, the troops also recorded influx of 37  IDPs comprising 2 men, 12 women, 12 boys and 11 girls from Gulumba Gana village which is about 45 kilometres astride Gulumba-Kumshe road axis, Bama Local Government Area. They were screened by the troops and the Civilian JTF who  later handed them over to the Dikwa IDPs camp management for further registration and rehabilitation.

They attempted to disguise and pass on as IDPs but ran out of luck as they were found out. Both of them have been handed over to the Joint Investigation centre for further interrogation.

Troops located in Monguno received information that suspected Boko Haram terrorists were extorting money and other valuables from residents of Zankari village.

They responded  immediately and had encounter with the terrorists in which 2 of them were killed while one of them sustained gun shot wounds. The troops recovered 1 AK-45 rifle and 3 rounds of 7.62mm ammunition. 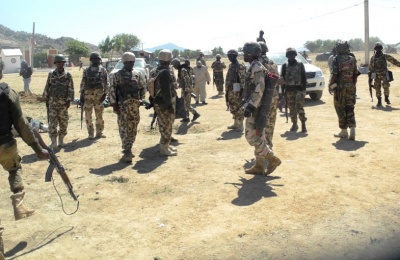