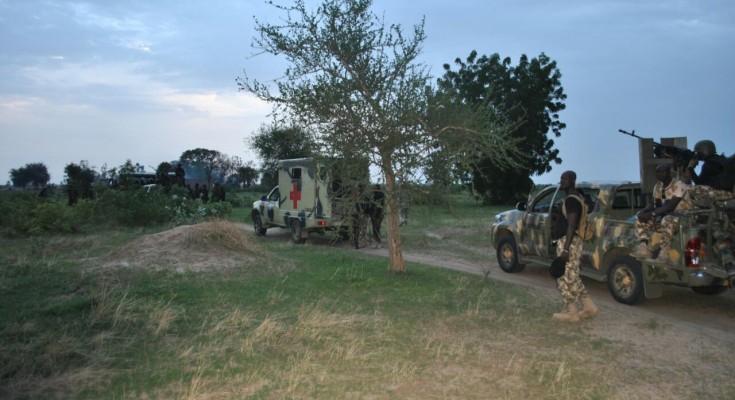 Today, troops of Operation LAFIYA DOLE on administration patrol from Maiduguri encountered an Improvised Explosive Device (IED) and ambush between Miyanti and Dareljamal, Borno State. The ambush was cleared and 3 Boko Haram terrorists were killed by the troops. They also recovered a Machine Gun, 1 AK-47 Rifle and some quantity of ammunition.

Unfortunately, we lost an officer and 3 soldiers, while 16 soldiers and 3 Civilian JTF sustained injuries during the encounter. Similarly, 2 vehicles that entered the IED were badly damaged.

The wounded have since been evacuated and are in stable condition.