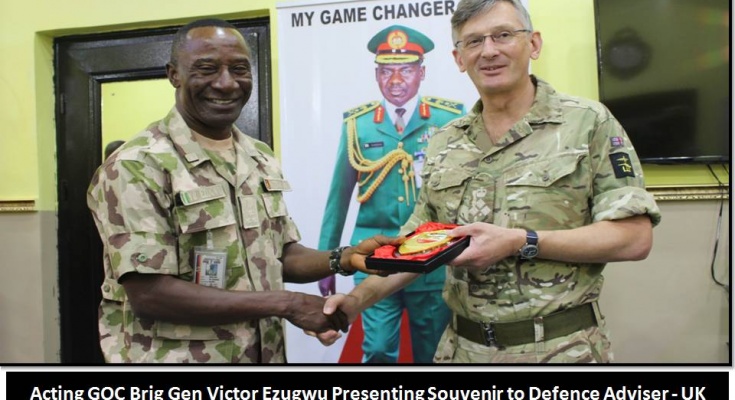 The Royal British Army has expressed readiness to assist the Nigerian military in training support and capacity building in the effort to bring  an end to insurgency in the North East.
The Defence Adviser to the United Kingdom in Nigeria, Brigadier General Charles Calder who assumed duty recently made this known when he paid a courtesy call on the Acting General Officer Commanding (GOC) 7 Division Nigerian Army, Brigadier General Victor
Ezugwu. General Charles said that the UK Government will significantly expand its training assistance to all Nigerian Army training institutions.
The Acting GOC commended the UK Government for previous supports and training given by the British Military Assistance Training Team (BMATT) geared towards capacity building and development of personnel of the Division.

You are please requested to disseminate this information to the public through your various news media.