Mar 16, 2017Press ReleaseComments Off on UPDATE ON ATTACK ON MAGUMERI TOWN AND THE NEED TO EXPOSE BOKO HARAM TERRORISTS

While troops are still consolidating and mopping up, it is imperative to state that preliminary investigation shows that the attackers of Magumeri came from the same community. The terrorists that attack the village are well known to the people.

Consequently, we are constrained to state that it’s now high time for the people to take up the fight themselves and help the Nigerian military  and other security agencies to protect them. It is a grievous mistake and criminal offence to continue to shield or harbour any known Boko Haram terrorist in their midst.

The terrorists must be exposed and their movements promptly reported to the security agencies. The terrorists are inhuman and barbaric, therefore cannot be trusted to spare anyone in perpetuating their  inhuman acts.

It is imperative that all communities in the North East especially Borno State, should fully cooperate with the military and the Security agencies by exposing Boko Haram terrorists in their respective towns and villages. 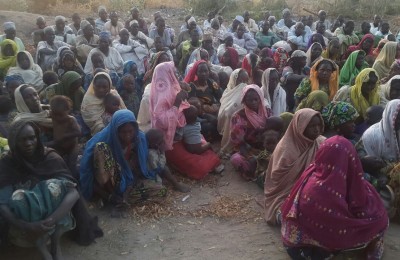