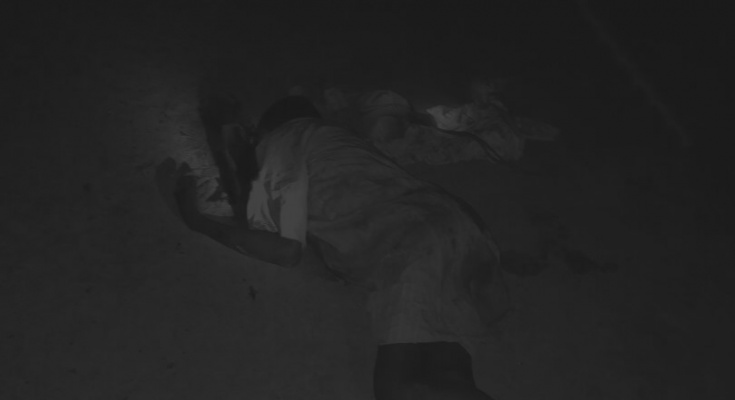 Troops of 251 Battalion, 7 Division Nigerian Army on Operation LAFIYA DOLE deployed at Dala village on Tuesday 18th July 2017 at about 10.00pm intercepted a suspected suicide bomber who attempted to cross through their forward defences.

Upon several challenges and warning shots the suspect refused to halt. The suspect who still continued to approach towards the troops location was immediately neutralized.

The Borno State Emergency Management Agency and the International Committee of the Red Cross have since been contacted to evacuate the suspect remains.

It will be recalled that three days ago, on Sunday 16th July 2017, our troops deployed at Mammanti, also averted another catastrophe when they intercepted and neutralized 2 female Boko Haram terrorists suicide bombers who tried to infiltrate and attack the village through troops parapet at about 10.15pm. Similarly, the troops of 251 Battalion also intercepted another female Boko Haram terrorists suicide bomber on Monday 17th July 2017 at about 1.49am between Cimari and No Man’s Land. This great efforts of the troops helped to save valuable lives and property. The public is please requested to continue to volunteer information to the military and other security agencies to help preempt suicide bombings and other atrocities by the remnants of the Boko Haram terrorists.
You please requested to disseminate this information to the public.