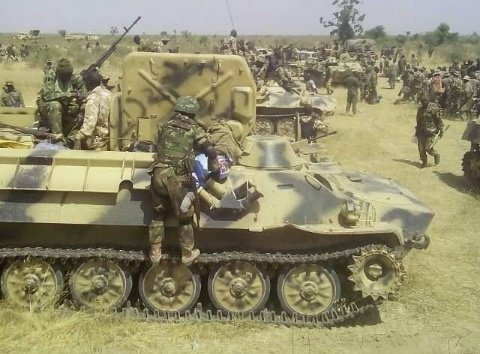 The  female suicide bombers who were on obvious mission of committing mayhem, where spotted by a vigilant   sentry while they were trying to access the military location. They were however challenged severally and continued advancing,   declining several warnings to stop.  Consequently, the troops neutralized them instantly. The remains of the suicide bombers have since been evacuated from the location.

The general public is please requested to continue to support troops of Operation LAFIYA DOLE and report any suspicious movements of persons to the military or security agencies.