Home 7 Division Update on Search and Rescue of NNPC Staff 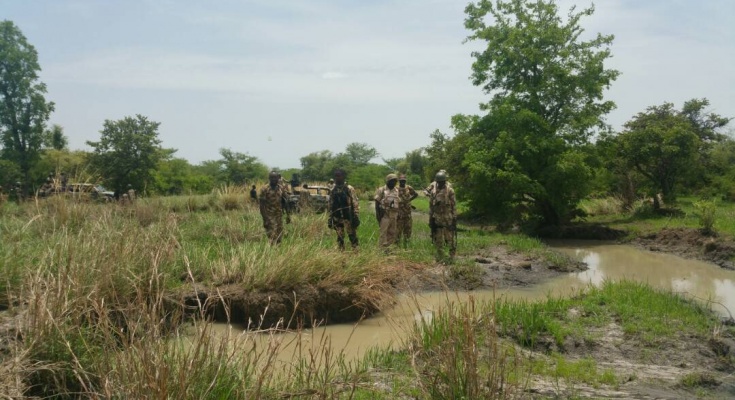 Update on Search and Rescue of NNPC Staff

Jul 27, 20177 DivisionComments Off on Update on Search and Rescue of NNPC Staff

On receipt of the information, the Brigade mobilized and sent reinforcement, search and rescue party that include the Armed Forces Special Forces and guides that worked and pursued the terrorists throughout the night.

So far, they have rescued all the NNPC staff and recovered the corpses of the Officer, 8 soldiers and a civilian have who have been evacuated to 7 Division Medical Services and Hospital.

The team recovered 4 vehicles one of which include a gun truck mounted with an Anti-Aircraft Gun, 2 white Hilux taken away from NNPC staff and 1 blue Hilux belonging to CJTF. They team also recovered large quantities of arms and ammunition, several spare tyres, many jerry cans of containing Petroleum, Oil and Lubricant, assorted drugs, Improvised Explosive Device (IED) making materials, reflective jackets and a Motorola handheld radio, among others. The team also neutralized many of the terrorists.

The troops are not relenting in the pursuit, search and rescue effort.