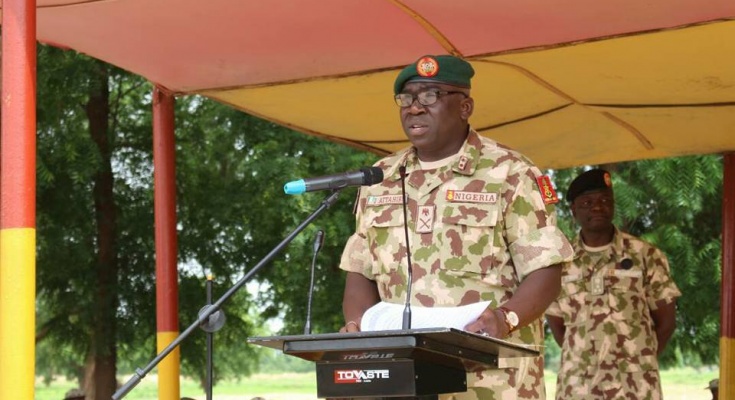 In what could best be described as a turning point in the ongoing clearance operations in the North East, today, Tuesday 15th August 2017, the Theatre Commander Operation LAFIYA DOLE, Major General Ibrahim Attahiru, launched 3 Mobile Strike Teams (MST) at the Military Command and Control Centre, Maimalari Military Cantonment, Maiduguri, Borno State. The teams are designed to conduct long range patrols and ambushes deep into the hinterland. It is a mixed of professionally trained special forces mobile with variants of equipment on wheels. The Theatre Command Operation LAFIYA DOLE charged the teams to be discipline, confident, resolute, focused and determined in their task of clearing the remnants of the Boko Haram terrorists wherever they are found.

It would be recalled that the MST were trained at Nigerian Army School of Special Forces (NASFS), Buni Yadi, Yobe State recently. Their task is to keep the main supply route and all rural settlements safe.

The launch of the MSTs was attended by the Chief of Civil Military Affairs Army Headquarters, Major General Nuhu Angbazo, Component Commanders of Operation LAFIYA DOLE and the Acting General Officers Commanding of 7 Division and 8 Task Force Division respectively.