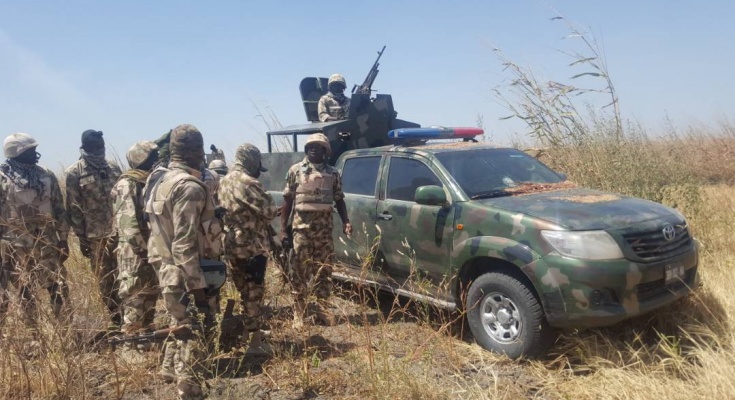 Troops of 3 Battalion under 22 Brigade on Friday, 20th October 2017 at about 11.30am while on routine patrol came under Boko Haram Terrorists (BHT) ambush close to Missini Village along Dikwa – Ngala road, northern part of Borno State. The gallant troops cleared the ambush and neutralised 3 Boko Haram terrorists.

The team recovered 1 AK-47 rifle with registration number KO357026 and 39 rounds of 7.62mm (Special) ammunition from the terrorists.

You are please requested to disseminate this information through your medium to the general public.