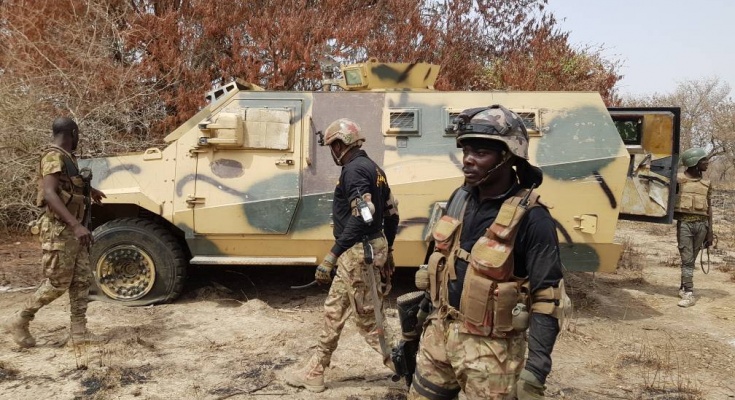 Troops of Operation LAFIYA DOLE have continued their clearance operation against all known hideouts of Boko Haram terrorists within the large expanse of Sambisa forest as part of the ongoing Operation DEEP PUNCH II. It is in this vein that they dislodged Boko Haram terrorists from one of their highly fortified hide outs at around S-Shape part of the Sambisa forest. The location was also believed to be one of their prized location. However, during a fierce offensive which was supported by Nigerian Air Force, against the terrorists on Monday 12th February 2018, the resilient troops neutralized quite a number of Boko Haram terrorists and captured major armaments, including 2 Spartan Armoured Personnel Carriers (APC), 1 Canter truck and 1 Laptop computer belonging to the insurgents.

Please disseminate this information to the general public through your medium.