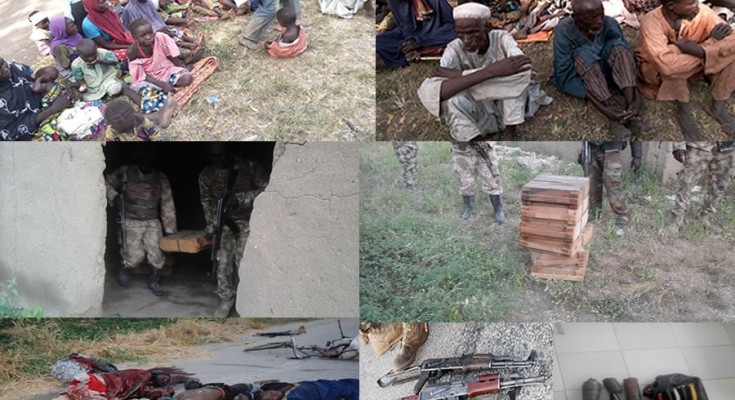 In continuation of their exploits against the Boko Haram terrorists, troops of 81 Battalion and 251 Task Force Battalion, have intensified offensive actions against the terrorists.

Last night, the troops laid ambush against some elements of the Boko Haram at two of their crossing points at Komala and Musafanari general area coming from Sambisa forest. The ambush party decisively dealt with some terrorists on motorcycles in which a number of terrorists were killed and a few others flee with gunshot wounds.

The troops recovered one AK45 rifle with registration number 56-2614519, in addition to a magazine containing 9 rounds of 7.62mm (Special), 6 motorcycles, 2 bags of salt and other assorted food items as well as various Improvised Explosive Making Devices (IEDs). The recovered items clearly shows that that the terrorists were out for a nefarious mission which was aborted by the timely ambushes.