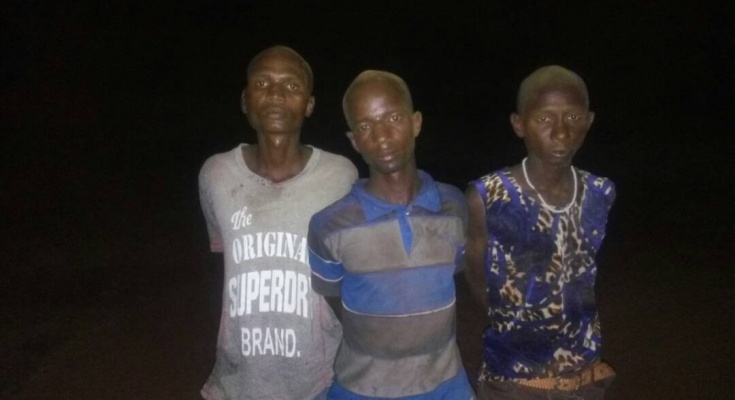 1. Troops of 72 Battalion Special Forces on 7 April 2018 while on clearance operation in Gbajimba, Baka, Tomanyi, Iyode and Dogon Yashi made contact with armed herdsmen militias at about 1330hours (1:30pm). The armed herdsmen militia on sighting own troops opened fire on them. In the exchange of fire, 1 militia herdsman was killed while 1 other with gunshots wounds and 3 others were arrested. 1 Ak 47 assault rifle was recovered after the encounter.

2. Additionally, at about 1430hours (2:30pm), 2 other herdsmen engaged in destructive activities on farmlands were arrested at Chembe community. Earlier, Troops of the Battalion on patrol at Jato-aka town in Kwande Local Government Area of Benue State effected the arrest of 10 armed robbery suspects linked to an armed robbery incidence at about 0415hours (4:15am). All the suspects have been handed over to the police.

3. Similarly, in Taraba State, at about 0030hous to 0230hours (12:30am to 0230am), Troops of 101 Special Battalion conducted clearance operation along road Suntai-Muji-Kungana. During the clearance operation, troops encountered armed bandits who blocked the road and were harassing and dispossessing road users of their valuables. The bandits fled into the bushes on engagement by own troops. A search of the general area led to the recovery of a Dane gun. The barricade was cleared and traffic restored.

6. Also, a BOKO HARAM Terrorist suspect surrendered to troops in sambisa forest. He is currently under going interrogation at 26 Task Force Brigade. He will be moved to join the de-radicalization program in due course.

7. You are please requested to disseminate this information through your medium to members of the general public.

TAGOperation LAFIYA DOLE
Previous PostADDRESS BY LT GEN TY BURATAI DURING THE INAUGURATION OF THE PANEL TO INVESTIGATE ALLEGATIONS MADE AGAINST THE NIGERIAN ARMY IN THE COURSE OF OPERATIONS IN TARABA STATE Next PostAYEM AKPATUMA: TROOPS NEUTRALIZE BANDITS, RECOVER ARMS