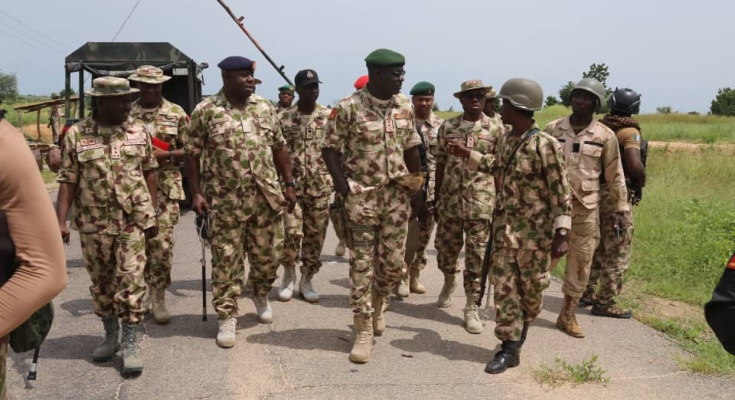 The attention of the Nigerian Army has been drawn to a publication on the social media by SAHARA REPORTERS 12 September 2018 titled “BOKO HARAM CAPTURES DAMASAK 24 HOURS AFTER BURATAI’S VISIT. Nigerian Army wishes to state categorically that, the claim is not only untrue but capable of misleading members of the general public and the world at large.

In the said story, the report stated inter alia that, Damasak is the location of 134 Battalion. The Nigerian Army wishes to state that, there was no such battalion in Damasak.

The Nigerian Army earlier released a statement that, troops of 145 Battalion in DAMASAK, Borno State are engaging Boko Haram Terrorists who came to attract their location at about 6pm on 12 September 2018.The statement also stated that “fierce battle on going right now and the troops are dealing with the terrorists. Further details later.

The troops engaged and subdued the terrorists following a superior fire power of troops in DAMASAK. The troops aggressive posture, tactics and marksmanship resulted in neutralizing many Boko Haram Terrorists.

Consequently, the Nigerian Army wishes to state that the fight against Boko Haram Terrorists in the North Eastern parts of the the country is yielding positive result.

The Nigerian Army therefore advised members of the public particularly residents of the affected areas to go about their legitimate businesses and disregard the said report, as the Nigerian Army will continue to protect lives and property of citizens at all times.

The Nigerian Army also call on the media to always exercise caution, verify facts as well as balance their reports before rushing to the press to avoid misinforming the public on sensitive issues.

You are please requested to disseminate this information to the general public through your news media.