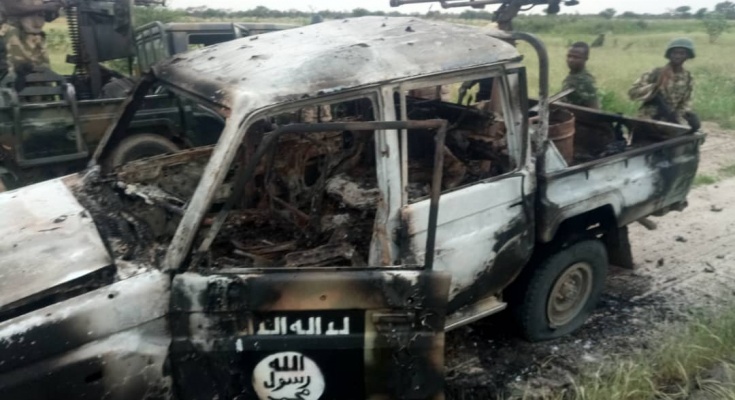 In continuation of the earlier release by the Nigerian Army, on attack to 145 Battalion location by Boko Haram Terrorists at DAMASAK at about 6pm yesterday evening Wednesday 12 September 2018.

In the release, members of the general public were informed that fierce battle is on between the troops and Boko Haram Terrorists.

Nigerian Army also issued a statement late yesterday night, to correct a publication by the SAHARA REPORTERS published in the Social Media (Online).

The publication claimed that “BOKO HARAM CAPTURES DAMASAK 24 HOURS AFTER BURATAI’S VISIT”. The Nigerian Army therefore, issued a statement and informed the general public and the world at large that, troops of 145 Battalion in DAMASAK Borno State are engaging Boko Haram Terrorists.

The statement also said that, the terrorists were subdued following a superior fire power of troops in DAMASAK.

The Nigerian Army wishes to state that, 145 Battalion deployed in Operation LAFIYA DOLE at DAMASAK, Mobar Local Government Area of Borno State on 12 September 2018, inflicted many casualties on the Boko Haram Terrorists and their weapons as well as vehicles were captured and some where destroyed during the encounter. Seven (7) members of the terrorists group were neutralised during the encounter while others flee into the nearby bush.

b. One Anti Aircraft Gun.

Efforts are on by the troops to get other fleeing members of the group.

The wounded soldiers have been evacuated to the military medical facility for attention.

Residents of the area are advised to report any suspicious movements or activities to the law enforcement agents for prompt action.