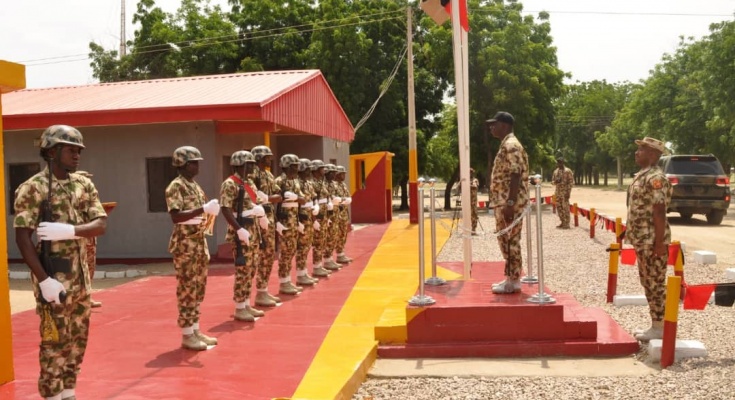 2. He made the call on Thursday 20 September 2018 at Monguno Borno State, while addressing troops of Sector 3 conducting Operation LAST HOLD within the theater.

3. He stated that success recorded during the counter attack in Damasak where Bokoharam terrorist were mercilessly dealt with and their equipments recovered while attempting to attack 145 Battalion was a great achievement.

4. He therefore charged the troops to be more committed and proactive within the theater while conducting operations. He assured troops that he will organise in-theater training for troops that will be deployed to the Sector to support the ongoing operations. 6. In his remarks, the Acting Commander Sector 3 Brigadier General Uwem Bassey, thanked the Theatre Commander for the visit and assured him that, the successes recorded in Damasak has ginger troops of the Sector to achieve more. He also promised that, the Sector will continue to maintain high level of fighting spirit and professionalism which the Nigerian Army is known for.