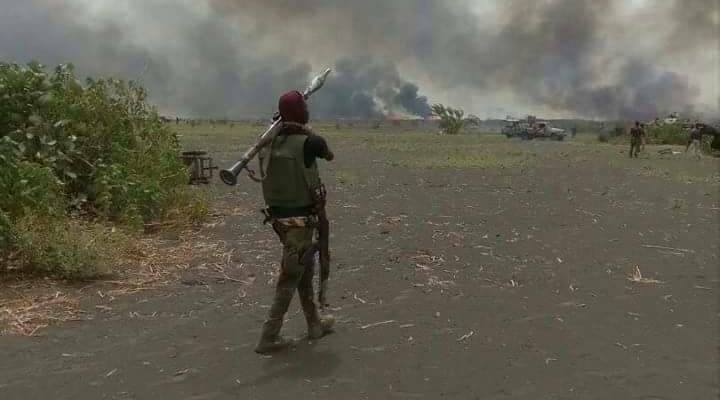 2. The insurgents mounted on 9 trucks attacked the community in the evening of Wednesday 26 September 2018, but met with fierce resistance and heavy superior power of the vigilant troops.

3. Preliminary battle damage assessment reveals that the overwhelming superior power of the troops devastated the insurgents, inflicting human and equipment casualty on them and forcing the insurgents to withdraw in disarray.

4. The gallant troops have regrouped after the fierce encounter and are dominating the general area of Garshigar and its environ with fighting patrols.

5. The good people of Mobar Local Government are urged to remain calm and be assured of troops’ commitment and resilience to providing adequate security in the general area.

6. You are please requested to disseminate this information to the general public through your reputable medium.

7. Thank you for your kind cooperation.