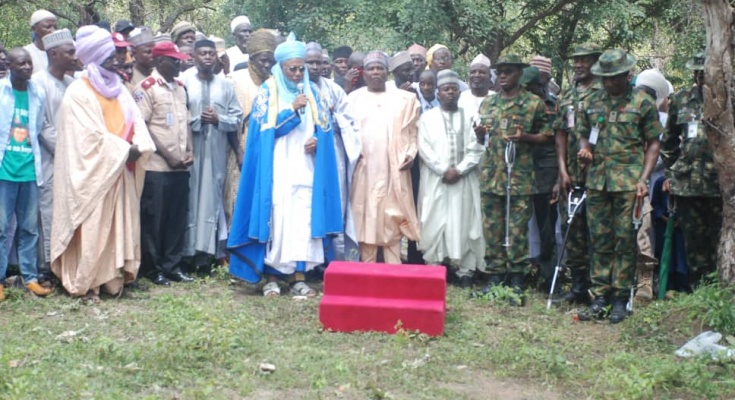 2. The Chief of Army Staff (COAS) Lieutenant General Tukur Yusufu Buratai, who was represented by the Chief of Training and Operations (Army) Major General Lamidi Adeosun, witnessed the DAWN attack to the Base Camp.

3. After inspection of Quarter Guard by the representative of the Chief of Army Staff, he move from the Base Camp for the Battle inoculation which commenced, immediately after the Operational brief and Information brief.

4. The Commandant Depot Nigerian Army Major General Victor Ezugwu pointed out that, the essence of the Battle inoculation for the recruits is to build self confidence and remove fear from them as soldiers in a real battle.

5. Representative of the Chief of Army Staff also flagged off free Medical Outreach at GADA BIYU village, where a lots of residents received free Medical treatment.