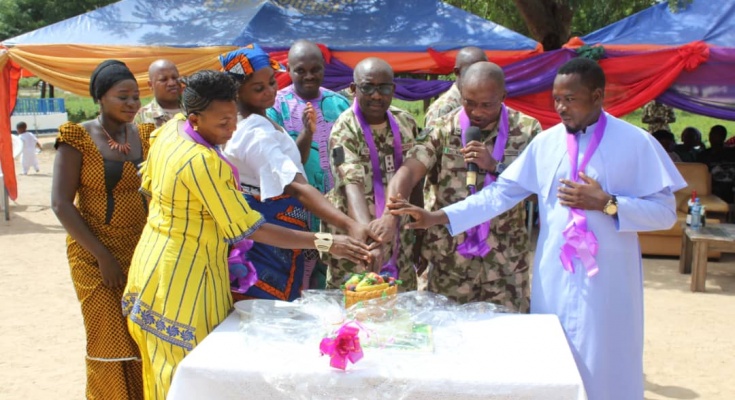 Oct 07, 20187 DivisionComments Off on CHRISTIAN FAITHFUL ENJOINS TO REMAIN FOCUS IN PRAYERS

1. Christian faithful have been enjoined to remain focus and not to relent in prayers towards ending the Boko Haram Terrorists’ fight.

3. He stated that everything about Boko Haram Terrorists is ungodly and crime against humanity that must be resisted by all.

4. He also commended the Church for their spiritual support and charged troops to see their effort and sacrifice as a call to service of our fatherland.

5. He thanked God for the opportunity given to Nigerians especially those in the North East to be able to returned to farm and make such a bumper harvest.

6. He eulogised the gallant efforts of our troops and other security agencies for their commitment aimed at ensuring restoration of peace, security and human dignity in the North East in particular and Nigeria in general.

7. He further assured the troops of their welfare as well as provision of equipment for the fight against Boko Haram Terrorists.

8. The Acting GOC enjoined the church to remain at the vanguard of mobilising the public to support the military  with useful information that will lead to the total collapse of Boko Haram Terrorists.

9. You are please requested to disseminate this information to the general public.

10. Thank you for your kind cooperation.