Home Press Release RE: ALLEGED KILLINGS AND ABDUCTION OF CIVILIANS IN ABA AND OWERRI BY OUTLAWED INDEGENEOUS PEOPLE OF BIAFRA

RE: ALLEGED KILLINGS AND ABDUCTION OF CIVILIANS IN ABA AND OWERRI BY OUTLAWED INDEGENEOUS PEOPLE OF BIAFRA

1. Contrary to the dubious and bunkum claims made in the latest news release made available to the press on tuesday the 12th of February 2019 by the so called Secretary for the proscribed Independent People of Biafra (IPOB) alleging – “the killing of two young men in Owerri and the imaginary abduction of Biafrans” in Aba, Abia State by the Nigerian Army (NA), I wish to state there was nobody that was manhandled, shot, wounded, abducted or killed by a soldier or soldiers of the NA in Abia and Imo States or in any other State of the South East geopolitical zone.

2. As a professional and responsible organisation, the NA under the leadership of Lieutenant General Tukur Yusuf Buratai has variously and sufficiently – (both in deeds and actions) made it clear that it will not encourage or condone any form of professional misconduct especially human rights abuses.

3. In the same vein, the NA will not ordinarily join words with an illegal organization but just to set the record straight against the kind of divisive, selfish and wicked propaganda and misinformation mischievously being perpetrated by the proscribed IPOB.

4. The NA ably represented by the 82 Division in the South East, will continue to protect the lives and properties of all Nigerians in the zone and is determined to ensure peaceful and secured conduct of free, fair and credible 2019 general elections.

3. For awareness and further clarification, – civilians are not detained in conventional army detention centres except under exceptional situations such as on charges of terrorism, insurgency or any form of armed insurrection among others. So, anyone arrested by the NA during the ongoing Exercise EGWU EKE 111 has been handed over to the civil police for further necessary action.

4. Members of the public are hereby requested to disregard any form of divisive and inciting propaganda particularly the ones coming from the likes of miscreants and outlawed organizations like IPOB. 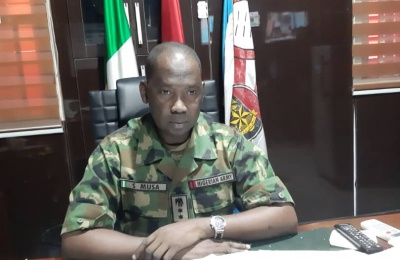 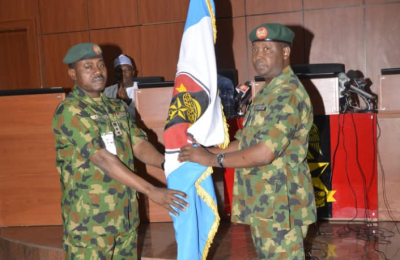