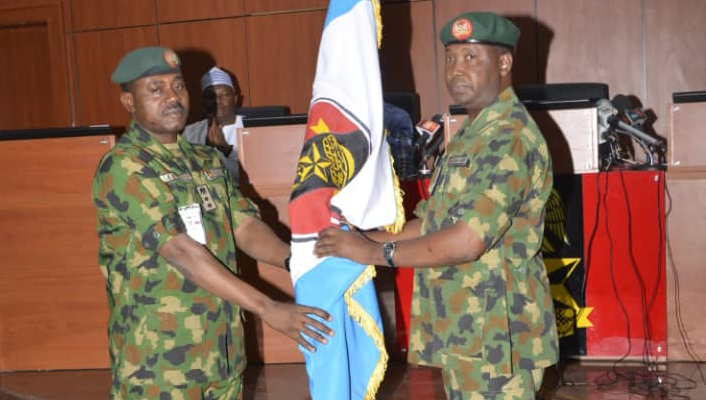 1. I am delighted to address you this morning on my assumption of duty as the Acting Director Army Public Relations. I wish to thank the Almighty Allah and the Chief of Army Staff Nigerian Army (COAS), Lieutenant General Tukur Yusuf Buratai for finding me worthy professionally and in character to be appointed as Acting Director Army Public Relations. Becoming Corps Commander is one of the major dreams of every officer of the Nigerian Army and for that I am eternally grateful to the COAS.

2. The Directorate of Army Public Relations has overtime developed dramatically in managing, depending and projecting the image and reputation of the Nigerian Army despite the challenges imposed by social media and the increasing spate of fake news.

3. The period of Information Communication Technology has made it easier for speedy dissemination of information to the wider publics. It also brings additional dilemma to managers of information. Consequently, strengthening military-media relations in support of the COAS vision is one of my lofty aspirations as the Acting Director of this important Directorate. I, therefore, pledged to evolve measures and potent ways and means that will help improve and strengthen the already existing relationship between these noble institutions with the major view to winning the war against terrorism and insurgency in Nigeria.

4. For that singular patriotic consideration, – the military and media must work together in a mutually respectful and cordial relationship devoid of the traditional rancour, distrust, suspicion, enmity and bitterness. Members of the press, there is indeed no better time for this then the period of the current COAS who has so far sufficiently demonstrated the Nigerian Army’s penchant for excellent civil- military-media relations.

5. At the moment, I believed, the NA has done much and will continue to do more with the aim of improving the relationship between the two organizations. It is now your turn to henceforth, consistently and patriotically partner with the NA and other security agencies to rid our beloved country of terrorism, insurgency and other assorted crimes across the nation.

6. Finally, I wish to once again express my profound gratitude and appreciation to Nigeria’s indefatigable and pragmatic COAS Lieutenant General Tukur Yusuf Buratai for appointing me as Acting Director Army Public Relations. I wish to assure the COAS and indeed the NA, that the Directorate, under my command, will continue to operate in total support to the vision of the COAS which is to have a “Professionally Responsive Nigerian Army in the Discharge of its Constitutional Roles”.

7. I must not end this address without commending the sterling contributions of former Directors, officers and soldiers as well as the civilian personnel of the Directorate for selfless services to the NA and the nation. May the Almighty reward you all.

7. Thank you for your attention please.

RE: ALLEGED KILLINGS AND ABDUCTION OF CIVILIANS IN ABA AND OWERRI BY OUTLAWED INDEGENEOUS PEOPLE OF BIAFRA 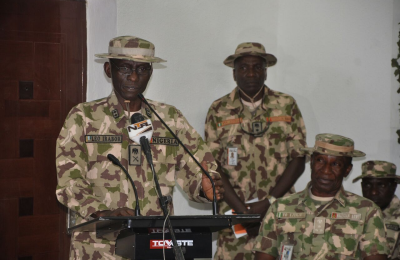