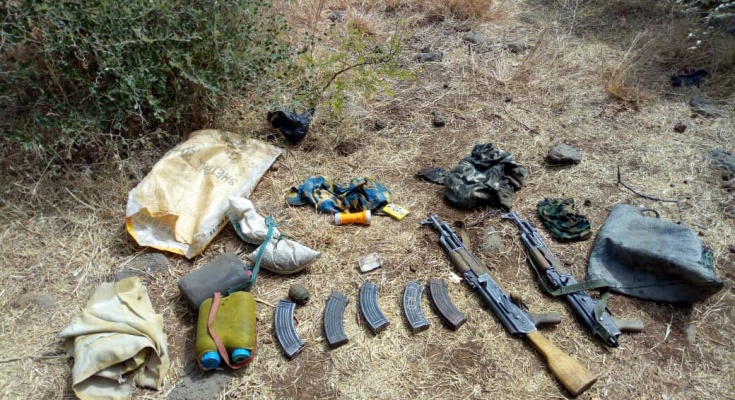 Troops of 231, 331 Battalion and Special Force Brigade Biu of Operation LAFIYA DOLE has in the early hours of today Saturday the 16th of February, 2019 effectively ambushed some boko haram terrorists around Warawara general area of Borno State.

The ambush led to the dislodgement of the hitherto covert terrorists enclave in the affected area and the recovery of the following items:
a. Elimination of 3 targeted key boko haram commanders terrorising that axis.
b. 2 AK 47 Rifles
c. 5 AK 47 Magazines
d. Assorted Charms
e. And 1 motor bike

Currently, troops are combing the general area on patrols with the view to further exploitation of the area.

Details of the ambush is as shown in the pictorials forwarded herewith.