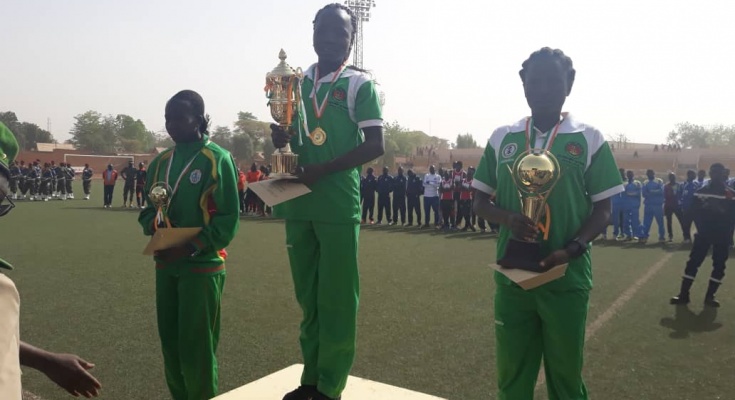 1. The Nigerian Army Team has emerged the overall first and third position at the 3rd Edition of the West African Military Semi-Marathon Tournament that took place at Niamey, Niger Republic on Saturday 16 February 2019.

2. The Semi- Marathon Event which was organised by the Niger Republic Defence Headquarters in conjunction with the West African Military Sports Organisation, featured male and female participants. It is instructive to mention that the Semi – Marathon was organised in the spirit of building friendship amongst the militaries of the West African Sub – Region.

3. The Nigerian Army presented marathoners in the male and female categories. Pertinent to mention that, the Nigerian Army was at the Marathon to represemt the Armed Forces of Nigeria.

4. At the end of the Semi-Marathon, the Nigerian Army Female and Male Marathon Teams placed 1st and 3rd Positions respectively in the Team Evemts. In the Female Individual Events, the duo of LCpl Naomi Yunana and Pte Amos Unity won Gold and Silver Medals respectively.

5. The Chief of Army Staff Lieutenant General Tukur Yusufu Buratai has congratulated the team on the feat achieved.

6. You are please requested to disseminate this information through your medium to the public.