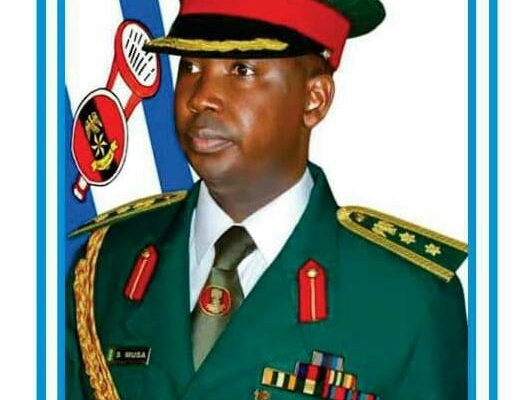 The attention of the Nigerian Army(NA) has been drawn to an allegation of involvement of one of its officers in politics in Rivers State which was found to be untrue.

The Nigerian Army would have ordinarily ignored such baseless insinuations but for the unsuspecting members of the public who may be misled to believe the unsubstantiated allegations of political involvement of a military officer.

The Army has made it sufficiently and consistently clear that none of its personnel will be involved in political campaigns, escort of VIPs for political missions and above all, aiding or supporting any political party as has been circulated in official circulars and statements.

Although a detailed press statement has been released, the need to further make the position of the Nigerian Army clearer is therefore imperative.
Our Rules of Engagement and Code of Conduct have not assigned any political role to the Army in this regard. The Army’s involvement starts and ends with the provision of a peaceful and secure environment for the conduct of 2019 General Elections.

The Nigerian Army strongly believes that the Citizens, like responsible media, have complementary constitutional roles to play, especially towards ensuring national security, information management, peace, and safety of Nigerians. The Army will continue to achieve and sustain constructive engagement, obedience to the rule of law and obedience to constituted authority at all time in the spirit of civil-military relations.

The Chief of Army Staff, COAS, Lieutenant General Tukur Buratai has consistently called on soldiers to uphold the tenets of military professionalism and be guided by the rules of Engagement and the constitution of Nigeria toward sustaining a responsive army in the discharge of its constitutional roles. Therefore, any insinuation or assertion against this open declaration is not only mischievous but politically motivated with the intent to tarnish the reputation of the Army which has been built on discipline and obedient to civil authorities under the leadership of the Chief of Army Staff.

Members of the public are therefore urged to always ignore information attributed to the Nigerian Army that are contrary to its core values of professionalism, respect for others and open declaration on the rules of engagement. 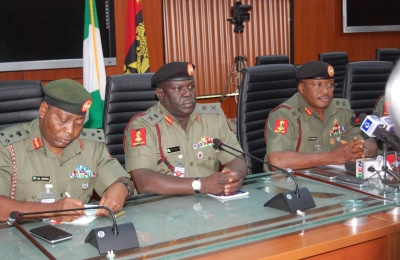