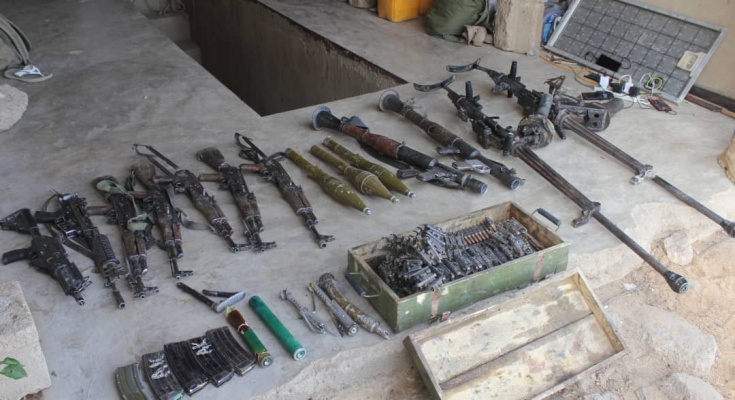 Troops of 122 Task Force Battalion deployed in the Forward Operation Base at Ngwom Community in Borno State have effectively destroyed some Boko Haram Terrorists (BHTs) when they (troops) had a fierce encounter with the terrorists fighting in 4 gun trucks at about 2230hrs on Wednesday, the 6th of March, 2019.

The bandits (BHTs), had in the recent past, attempted to attack the same troops’ location but phyrrically receded because of stiff resistance and aggressive pursuit from the indefatigable and patriotic troops on a noble military expedition.

In the encounter, tremendous success was achieved, – troops captured the following;

Similarly, on the same day, at about 2300 hours, troops deployed at Gulak responded to a distress call from Kubu village in Shani Local Government Area of Borno State on the nefarious activities of terrorists – criminals operating in the village.

On getting close to the area, the bandits engaged the troops with sporadic firing. In the process, the following incidences were recorded;

A BHT was deleted and 1 AK 47 rifle was recovered. No lost of life or casualty on the part of the Nigerian Army.

The Acting General Officer Commanding (GOC) 7 Division Nigerian Army and Commander Sector 1, Operation Lafiya Dole, Brigadier General Abdulmalik Bulama Biu commended the troops and conveyed the Chief of Army Staff Lieutenant General Tukur Yusuf Buratai’s commendation and continued support in the war against terrorism and insurgency. He urged them to maintain the momentum at all times.

Some pictures of the items recovered are forwarded herewith for your publication please. 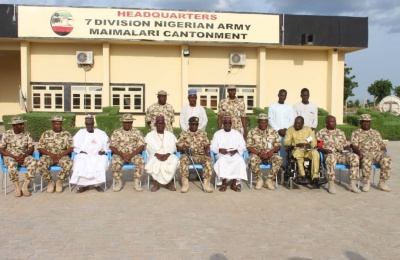