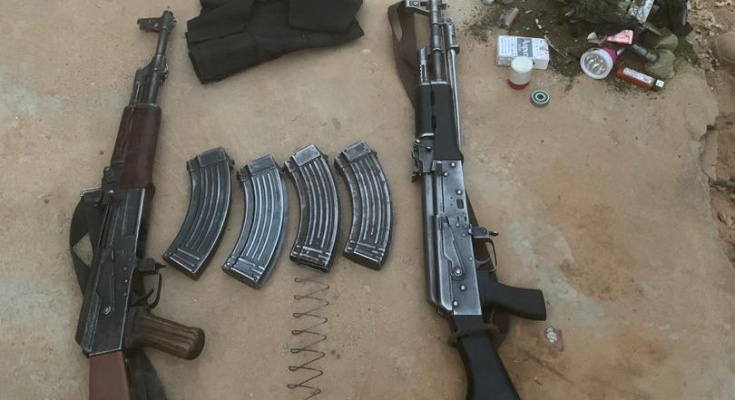 Troops on Operation HABIN KUNAMA III, based on credible intelligence about bandits movements in Kirsa and Sunke in Anka Local Government Area of Zamfara State, have on the 20th of April 2019 continued with the clearance operation into the hinterland to clear the brigands.

Consequently, the troops made contact and engaged the bandits in a fierce shoot out at the bushes of Kirsa and Sunke villages which resulted in the extermination of six (6) criminals, the recovery of two AK 47 Riffles and two motorcycles.

Similarly, at the general areas of Doka and Mutu villages in Gusau Local Government Area of Zamfara State, troops on clearance operation also had a serious encounter on the 20th of April 2019 with a group of well armed bandits which lasted for about two hours. The brigands were armed with sophisticated automatic weapons, were overpowered by troops, forcing survivors among them to abandon their camps and logistics which were destroyed by the troops.

Additionally,18 suspected informants and errand men to the bandits including the village Heads of Doka and Mutu villages were arrested. The following items were also recovered;
a. 3 x motorcycles
b. 2 x dane guns
c. 2 x machetes

The Force Commander (FC) Major Geneneral Hakeem Oladapo Otiki reiterated the resolve of troops to tackle the menace of armed banditry and other forms of criminality in Zamfara and the contiguous states of Kebbi, Katsina and Sokoto. He enjoined members of the public to continue cooperating with the troops and other security agencies by providing information that will assist in dealing with bandits/banditry activities in the States.