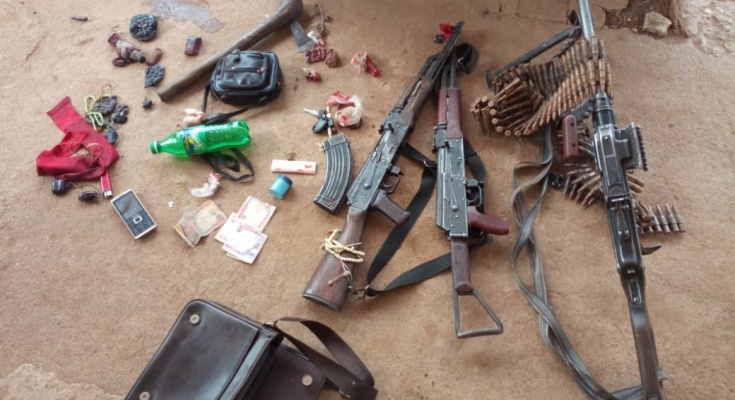 Some troops of 72 Special Forces (SF) Battalion Makurdi, deployed for internal security operation in Katsina – Ala Local Government Area of Benue State, have averted what could have been a terrible clash between two Tiv clans – Shitile and Ikyora in the early hours of today Monday the 22nd of April 2019.

The efforts of the troops was sequel to information received about the planned attack on Katsina – Ala town by Shitile armed bandits. Hence, the 72 SF Battalion troops laid an ambush along the suspected route where they intercepted the armed fighters/attackers.

The Nigerian Army hereby applaud those who provided the information that led to the success of this operation. Nigerian Army also use this opportunity to remind the public on the need to be brothers’ keepers and continue to provide useful and timely information to the nearest security agencies for decisive action.