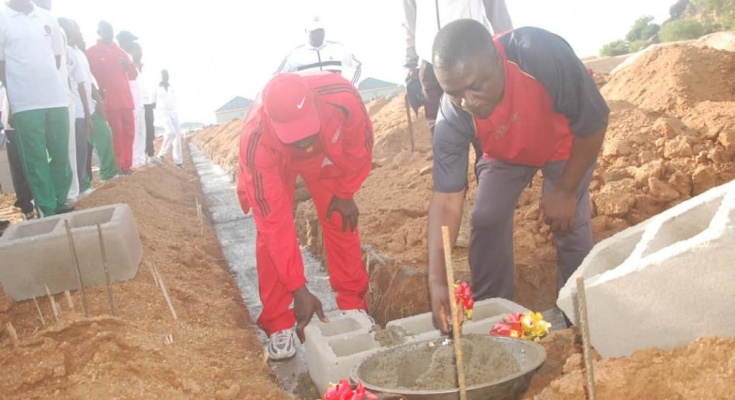 The CAC in his opening remarks, expressed gratitude to God for making the foundation laying of yet additional phases of the soldiers’ accommodation a reality. He used the opportunity to appreciate the President, C-in-C and the Chief of Army Staff (COAS) for their interest in the welfare of officers and soldiers of the Nigerian Army and the NAAC in particular.

He used the opportunity to further inform troops that because of the uncommon show of interest in the welfare of personnel, the COAS had directed the furnishing of Phases III and IV of the accommodation which has since been completed.

He urged the beneficiaries to reward the gesture by remaining loyal, discipline and professional at all times, to be able to discharge their roles in line with the vision of the COAS.

He assured them that the Armoured Corps will always make the welfare of its personnel a top priority as evident in the recent construction of additional classrooms for the senior secondary section of the Nigerian Army Officers Wives Association School and the sponsorship of children of personnel in common entrance examinations.

After the foundation laying ceremony, the CAC conducted an inspection tour of the recently constructed Officers’ Transit Accommodation in the facility.