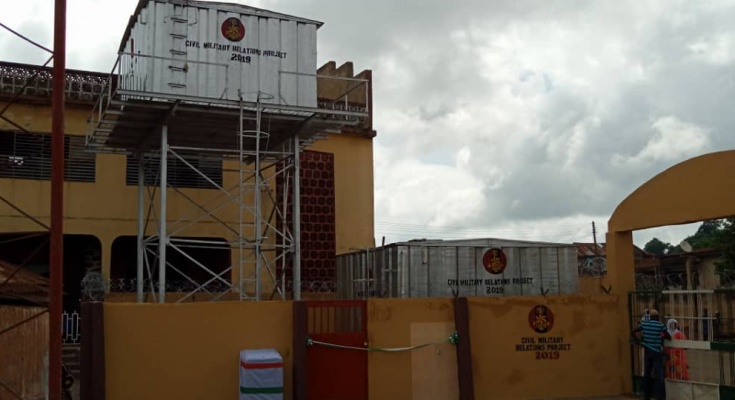 The Chief of Army Staff in continuation of the Nigerian Army’ s Civil Military Relations drive and as part of the Nigerian Army’s corporate social responsipibilty , commissioned a water project in Saki West LGA of Oyo State on 7 June 2019. The commissioning ceremony took place at the Saki Parapo city hall in Saki West LGA and was well attended by sons and daughters of Saki land worldwide from all works of life . In their various remarks and goodwill messages , eminent citizens of Saki land were full of praises to the Chief of Army Staff for the provision of the water project and the newly approved Command Science Secondary School also located in Saki.The Chief of Army Staff was represented at the ocassion by the GOC 2 Div Maj Gen OF Azinta and accompanied by COA (A). Also in attendance were the CCMA, Ag CC Edn and other principal staff officers from HQ 2 Div. His Imperial Majesty the Olubadan of Ibadan land was also in attendance alongside other distinguished personalities from Saki land and Oyo state at large. After the commissioning of the water project, the representative of the Chief of Army Staff led dignitaries to take a tour of newly established Command Science Secondary School Saki.