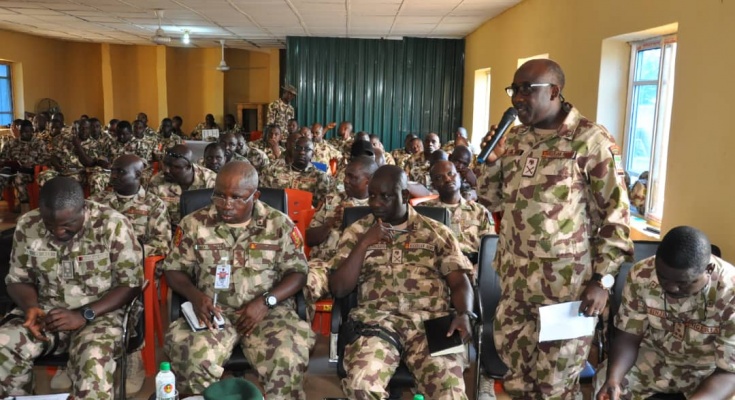 Declaring the workshop open, the Chief of Army Staff (COAS), Lieutenant General Tukur Yusufu Buratai, represented by the Chief of Training and Operations (Army), Major General Enobong Udoh, charged the participants to take the workshop seriously, as the concept of the Super Camp is a force multiplier that allows for concentration of manpower and resources. He further commended the participants for their sacrifices to the country and for being good ambassadors of the Nigerian Army.

Similarly, while making his welcome address, the Theatre Commander, Operation LAFIYA DOLE, Major General Benson Akinroluyo, appreciated the COAS for the new Super Camp concept, which he said will serve as launching pad for mobile offensive operations in containing and denying the Boko Haram Terrorists (BHTs)/ criminals freedom of action in identified areas across the theatre”.

Major General Benson Akinroluyo, also stated that, the super camps would further boost force protection of troops while on camps, as well as enable them to project force through long distance patrols and ambushes to dominate their areas of operation.

Lectures were delivered by the Director Logistics Planning, Army Headquarters, Brigadier General Martins Waboke, on the topic: “Administration and Logistics Support of Nigerian Army Super Camp” and the Assistant Director Operations, DATOPS, Lieutenant Colonel I Waziri, who made a presentation on the lecture entitled “Understanding the Concept and Establishments of Nigerian Army Super Camps”.

The workshop was quite interactive and the participants were also conducted on a guided tour of super camp Damboa, which later dovetailed into professional group discussion.

Participants were drawn from Headquarters Theatre Command, Operation LAFIYA DOLE, as well as Sectors 1, 2 and 3. 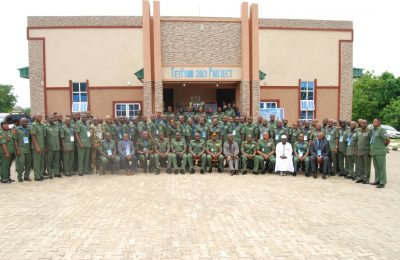