1. In a decisive intercept offensive operation, troops of 130 Battalion with the support of Army Super Camp Baga, had a fierce encounter at the north west of Baga town with BHT/ISWAP Criminals on the 17th of May 2020.

3. However, nine of our gallant soldiers were wounded in action with no loss of life. They were evacuated to Sector 3 hospital for treatment.

4. The Chief of Army Staff commends the gallant troops for their professionalism and directs them to remain resolute towards eradicating the criminals from the North East.

5. You are please requested to disseminate the information with the enclosed pictures through your medium to the general public. Thank you for your support and cooperation. 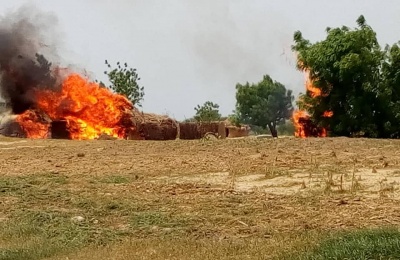