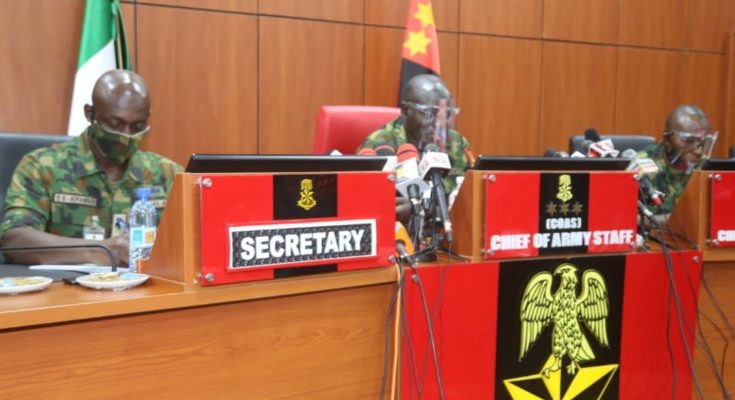 1. The Chief of Army Staff Lt Gen TY Buratai held a special and exclusive meeting with his Principal Staff Officers, General Officers Commanding and Field Commanders at the Army Headquarters Abuja on Monday 22 June 2020. The meeting was specifically intended to serve as a call to action, change the war narrative and a wake up call in our efforts to combat Boko Haram terrorism and insurgency, North West Banditry as well as the myriad of other security challenges across the country.

2. During the meeting a wide range of security issues were discussed such as the state of Counter Terrorism and other Internal Security Operations in Nigeria as well as the necessity for Commanders, Officers and men to redouble their efforts and ensure that all threats to security in the country are effectively checkmated. 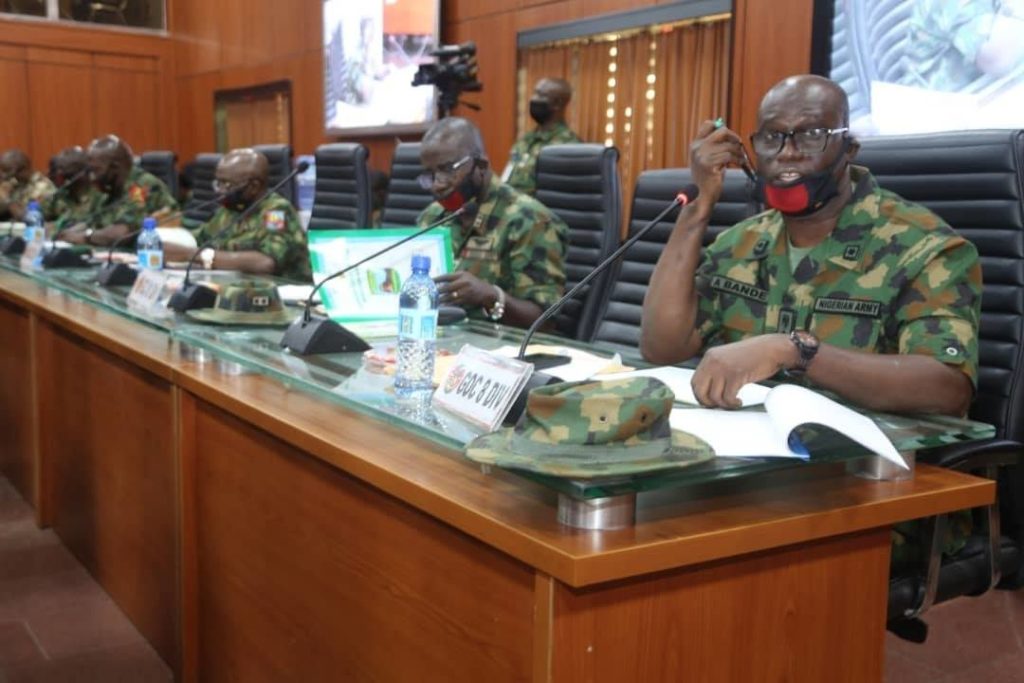 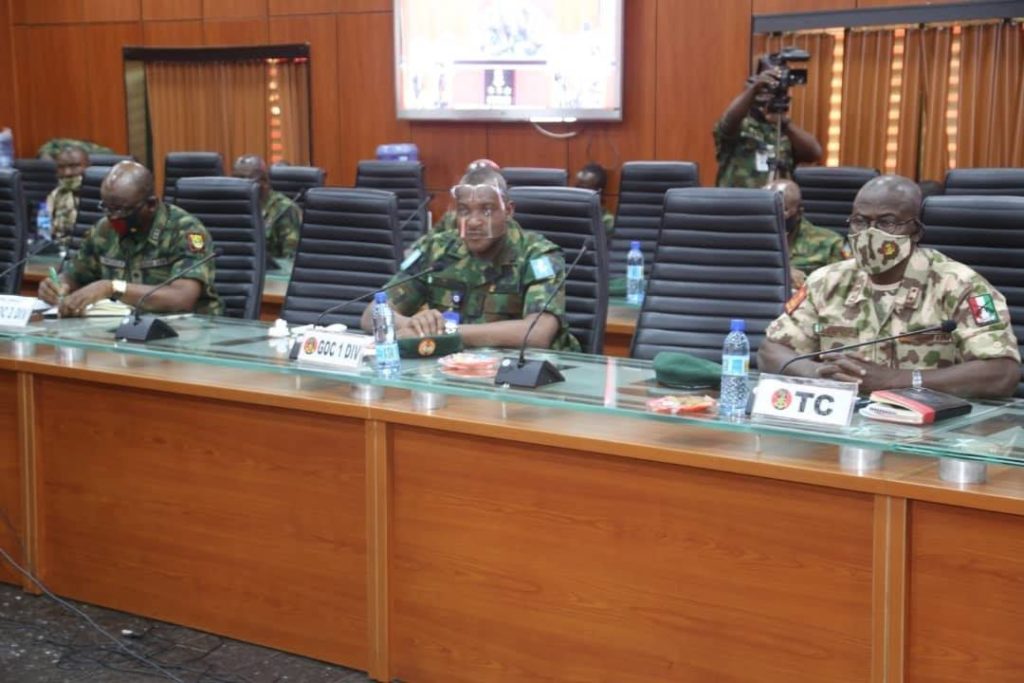 3. Lt Gen Buratai directed all Commanders/GOCs, officers and men of the Nigerian Army to ensure that the charge given by the President, Commander – in- Chief of the Armed Forces of Nigeria must be fully implemented so as to speedily crush BH terrorism and the myriad of security threats facing the nation. The COAS stated that “the criminals, their collaborators and sponsors must be exposed, flushed out and destroyed”.

4. He further stated that the Nigerian Army has commenced major reorganization of her operations for optimal performance. He charged all Commanders to lead the charge by being out in the field to effectively oversee the operations. Gen Buratai reiterated the need for an all encompassing positive changes in the NA operations and the security situation in the country. According to the COAS “there is no time for complacency, no time for excuses and there will be no tolerance for shortcomings or failures, the situation must be reversed immediately”.

5. At the end of the Conference, one of the key decisions taken was to shift the location for Nigerian Army Day Celebration 2020 to Katsina State during which a major Army exercise nicknamed EX SAHEL SANITY will be conducted