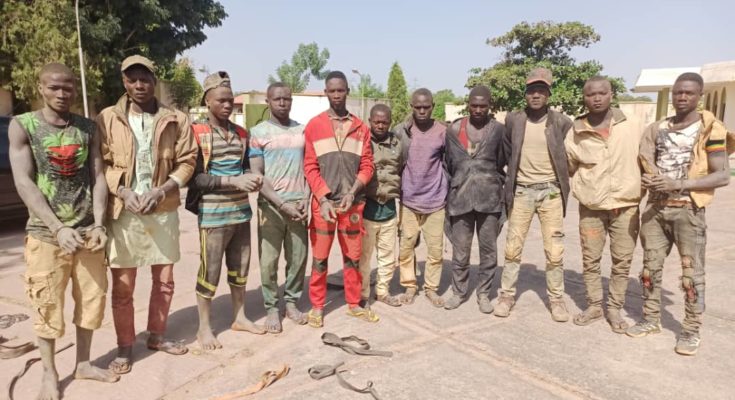 PRESS BRIEFING ON THE ACTIVITIES OF OPERATION SAHEL SANITY

Dec 04, 20207 Division, Operation SAHEL SANITYComments Off on PRESS BRIEFING ON THE ACTIVITIES OF OPERATION SAHEL SANITY

TEXT OF PRESS BRIEFING ON THE ACTIVITIES OF OPERATION SAHEL SANITY BETWEEN 12 TO 29 NOVEMBER 2020 DELIVERED AT THE INFORMATION CENTER SPECIAL ARMY SUPER CAMP 4 FASKARI KATSINA STATE.

1. Gentlemen of the press, you are once again welcome to the Information Center Special Army Super Camp Faskari for our routine update on the activities of troops of Operation SAHEL SANITY combating the menace of banditry and other crimes in the Northwest zone. As you are aware that during this period, troops have intensified their offensives such as clearance operations, fighting patrols, ambushes, raid operations and other military measures to crackdown on the activities of these criminals. These ongoing operations, without doubt, have led to the achievement of tremendous successes such as neutralization of bandits, recovery of arms, destruction of bandit’s camps, rescue of kidnapped victims, arrest of suspected bandits and their collaborators.

2. Some of the successes recorded during the period are as follows;
On 15 November 2020, our gallant troops while conducting routine night patrol came in contact with armed bandits at Yar Tasha Village in Zurmi LGA of Zamfara State. On sighting the troops advance, the criminals immediately started firing sporadically but the troops displayed tactical superiority, closed in and overpowered the bandits with overwhelming firepower. In the process 3 of the bandits were neutralized, 3 AK-47 rifles with 3 magazines loaded with live rounds of 7.62 mm Special ammunition were recovered by the troops. Some of the bandits however, managed to escape by the skin of their teeth with varying degrees of injuries. Similarly, on 16 November 2020, the gallant troops while acting on credible intelligence about kidnappers activities at Garin Arawa in Tangaza LGA of Sokoto State, swiftly moved to the area and made contact with the criminals. During the encounter, the gallant troops neutralized one of the kidnappers as others escaped in disarray into the bushes owing to troops superior fighting prowess. In the aftermath of the encounter, troops recovered one AK-47 Rifle mounted with a magazine and one motorcycle. 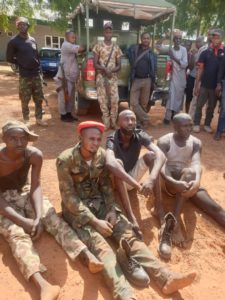 3. In another development, on 21 November 2020, troops conducted a robust clearance Operation and assaulted bandits enclaves at Mararaban Kawaye and Gobirawa villages in Safana LGA of Katsina State respectively. The gallant troops encountered initial resistance at Gobirawa but successfully over-powered the bandits. In the aftermath of the encounter, 6 bandits were neutralized while 4 AK-47 Rifles, 3 Dane guns and 2 motorcycles were captured. Troops continue to crackdown on the nefarious activities of the bandits and other criminal elements in the general area.

4. Furthermore, on 21 November 2020, troops acting on timely information smashed a bandit’s syndicate hideout at Galadi village in Shinkafi LGA of Zamfara State. During the operation, 2 bandits were neutralized. A meticulous cordon and search by the troops led to the recovery of 2 AK-47 Rifles in the hideout. In the same vain, on 22 November 2020, troops conducting farm patrol along Gidan Ruwa axis of Zurmi LGA of Zamfara State, came into contact with some marauding bandits. On sighting the advancing troops, the suspects fired sporadically in an attempt to escape. Nevertheless the resilient troops pursued them with heavy volume of fire leading to the neutralization of one of the escaping bandits and recovering of one AK-47 Rifle loaded with 29 rounds of 7.62mm Special ammunition in the process. 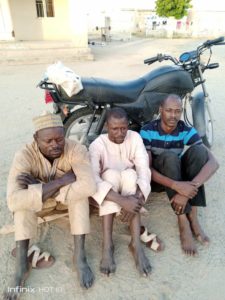 6. Equally, on same day, troops acting on a tip off arrested a suspected bandits collaborator named Bello Ardo at Yargoje in Kankara LGA of Katsina State. Suspect was arrested following credible Information about his unwholesome activities with suspected bandits in the area.

7. In another development, on 22 November 2020, troops raided an illegal mining site at Kadauri area in Maru LGA of Zamfara State and arrested 11 suspected illegal miners. Furthermore, on 24 November 2020, following credible information, troops busted a cattle rustlers camp at Dankori village in Mani LGA of Katsina State. leading to the arrest of 3 suspected cattle rustlers while 300 cows were also recovered at the scene. Similarly, on 28 November 2020, troops while on routine border patrol intercepted and apprehended 4 suspected armed robbers dressed in military camouflage inside a Honda vehicle at Macrine village in Yelwa LGA of Kebbi State. All arrested suspects have been handed over to appropriate authorities for prosecution.

8. In summary, in all the operations conducted between the period 12 – 29 November 2020, 12 armed bandits were neutralized, 11 AK-47 Rifles and 3 Dane guns were captured. Furthermore, 8 suspected bandits collaborators and 11 illegal miners were arrested. Equally 4 suspected armed robbers and 3 cattle rustlers were nabbed by troops while 300 cows were recovered during the operations. 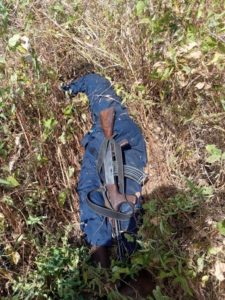 9. We wish to thank the general public of the North West zone for their support and cooperation without which the tremendous successes we have achieved so far would not have been possible. As partners in progress, we still solicit for more timely information that will assist the troops in their operations. The Nigerian Army is resolute in bringing an end to banditry, kidnapping, cattle rustling and other sundry crimes in the Northwest zone. Our gallant troops are equally commended for their commitment and resilience in the course of these operations.

10. To the members of the press. Thank you most sincerely for your cooperation and commitment in our efforts to end banditry and other criminalities in this zone. Once again I thank you for coming to this Press Briefing and wish you journey mercy back to your respective destinations.