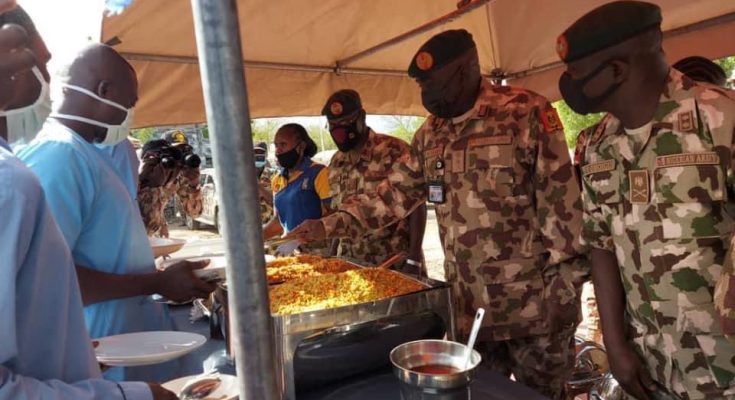 May 15, 2021Press ReleaseComments Off on WE ARE COMMITTED TO TROOPS WELFARE – COAS …Commissions New Quarters for Frontline Troops 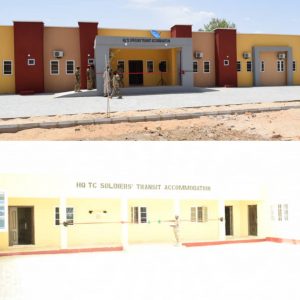 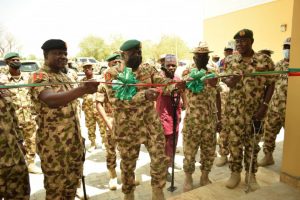 The Chief of Army Staff (COAS) Lt Gen Ibrahim Attahiru has underscored his committment to the improvement of troops welfare. The COAS made this known on Friday 14 May 2021 at Maimalari Cantonment Maiduguri during his Sallah visit to troops.

The COAS who commissioned two blocks of officers and soldiers accomodations said one of the cardinal point of achieving his vision for the Nigerian Army is to improve troops’ welfare, especially those at the front line. He added that more accomodations for troops will be constructed across the Army barracks in the country.

Similarly, Gen Attahiru approved the issue of two 100 KVA generators to provide back up power for the newly commissioned accomodations. He further pledged to support Operation HADIN KAI with better platforms that will expidite the defeat of terrorists across the North East and Nigeria at large.

Gen Attahiru who arrived Maiduguri in company of Chief of Operations (Army) Maj Gen IM Yusuf and other Principal Staff Officers of the Army Headquarters, earlier listened to an operational update by the theatre commander Maj Gen Farouk Yahaya. Thereafter, commended the troops for the their gallantry and for turning challenges to gains. He further assured them of President Muhammadu Buhari’s support at all times.

The COAS thereafter hosted troops including wounded and recuperating for Eid el Fitr luncheon where he personally served the troops with lunch and drinks. He prayed for speedy recuperation of the troops and assure them of his support at all times.