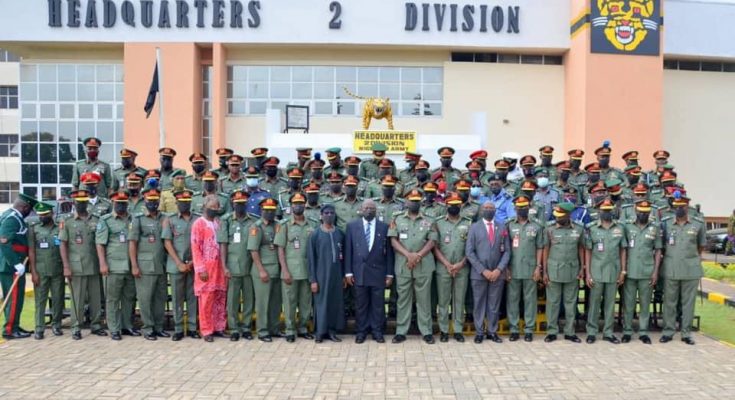 May 19, 2021Press ReleaseComments Off on CHIEF OF ARMY STAFF RESTATES COMMITMENT TO REPOSITION ARMY FOR OPTIMAL EFFICIENCY DESPITE CHALLENGES 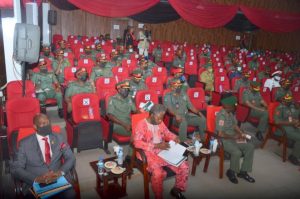 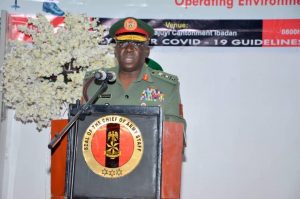 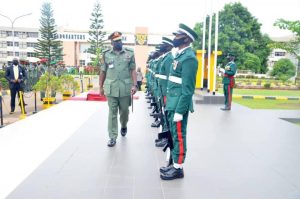 The Chief of Army Staff, Lieutenant General Ibrahim Attahiru has stated that despite current challenges of insecurity, the Nigerian Army under his leadership will be better repositioned and reformed for optimal efficiency and delivery of desired results.

The COAS stated this at the 2 Division auditorium, Adekunle Fajuyi Cantonment, Ibadan, on the occasion of First Senior Command and Leadership Seminar for Brigade Commanders and General Officers Commanding.

The Chief of Army Staff stated that the Army will be better under his current leadership through training and retraining in order to attain the anticipated results capable of checkmating the challenges currently being faced by the country.

He acknowledged that the country is facing formidable and unprecedented attacks from non state actors and security threats that are unstructured. He therefore charged the General Officers Commanding and Brigade Commanders to devise multidimensional, multidisciplinary and multifaceted approaches to defeat all adversaries and challenges

The COAS reemphasized that the Nigerian Army under his watch would do things differently towards better outcome. According to him, mechanisms are already in motion to reinvigorate training and to effectively plan and conduct operations, drawing lessons from previous operations.