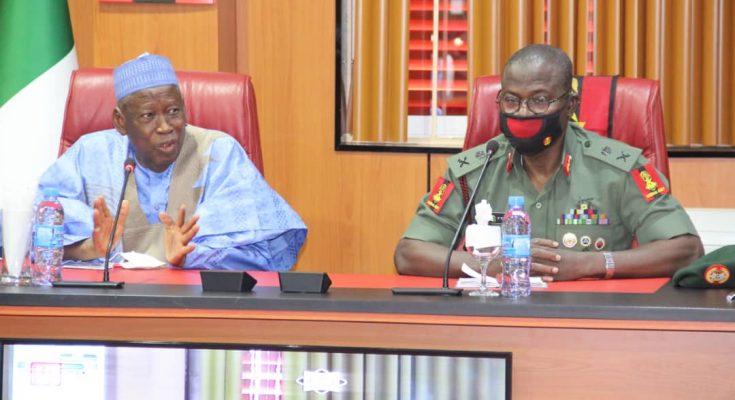 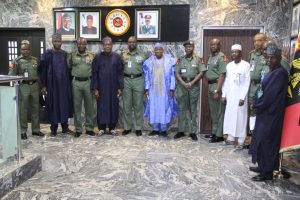 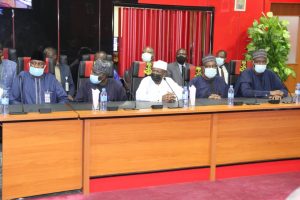 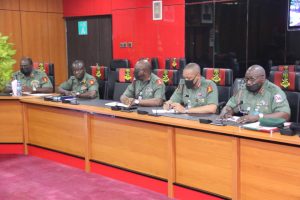 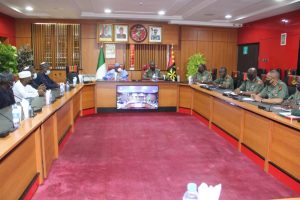 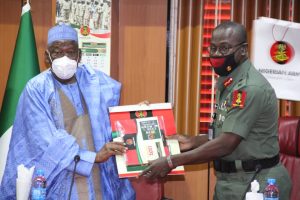 The Executive Governor of Kano State, Dr Abdullahi Umar Ganduje today 3 June 2021 paid a courtesy call on the Chief of Army Staff (COAS), Major General Faruk Yahaya at the Army Headquarters Abuja, where he solicited for continuous synergy between security agencies and critical stakeholders. This he said is necessary to consolidate on the gains made in improving the security situation in Kano State. The Executive Governor stated that the peace and security currently enjoyed in Kano State was made possible through the efforts of the Nigerian Army (NA) and other stakeholders. He reassured the COAS of his continuous support to the NA and other security agencies in Kano State.

Governor Ganduje used the medium to congratulate the COAS on his appointment and also to commiserate with the NA over the demise of Lieutenant General Ibrahim Attahiru and 10 others who lost their lives in an air mishap in Kaduna. He prayed that Almighty Allah grant the NA and their families the fortitude to bear the loss.

Responding, the COAS appreciated the Governor for the visit and thanked him for the concern he has shown over the demise of the late COAS and 10 others. He also thanked the Kano State Government for maintaining good synergy with the NA and other security agencies. He further reassured the State Governor of the continuous support of the NA. The COAS also used the medium to appreciate the Executive Governor for improving the infrastructure at the Nigerian Army Training Area Falgore Forest.

The Governor was accompanied on the visit by senior officials of State Government. Highlights of the visit were group photographs, exchange of souvenirs and signing of visitors’ register.