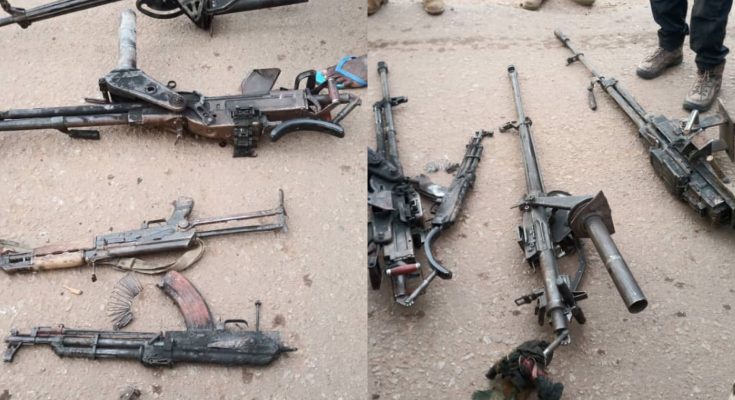 The gallant troops over ran the position of the terrorists with heavy volume of fire from both land and air, killing over 20 insurgents. The troops also captured heavy fire weapons and arms, including three Anti Aircraft Guns, three AK 47 Rifles and two Gun Trucks, aside two other Gun Trucks that were destroyed by the troops.

The Chief of Army Staff (COAS) Major General Faruk Yahaya has congratulated the troops for the successful conduct of the operation. He enjoined the troops to sustain the ongoing offensive under Operation HADIN KAI, until the insurgents are completely surmounted.

The COAS reiterated the commitment of the Nigerian Army under his leadership to bring terrorism and insurgency to an end in the North East.