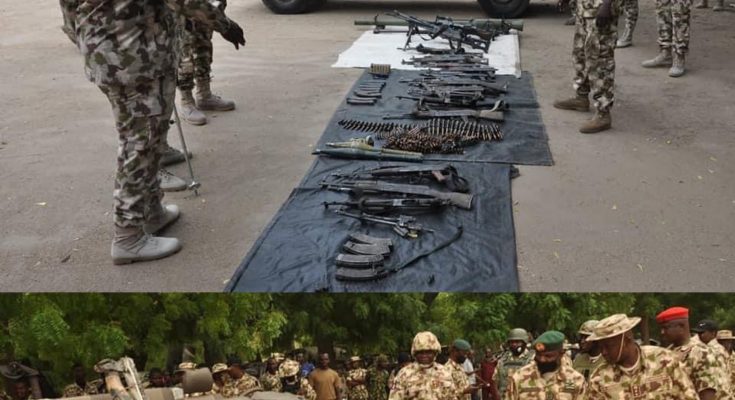 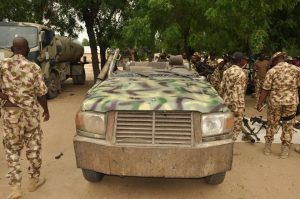 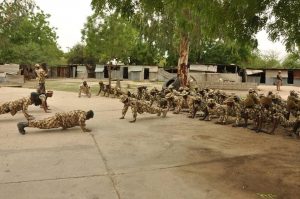 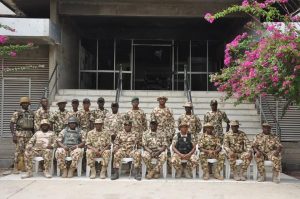 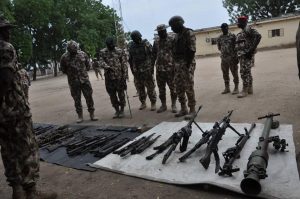 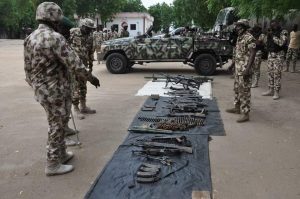 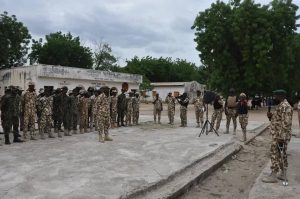 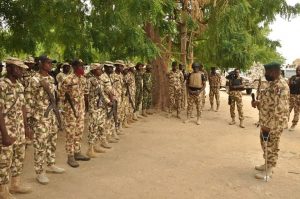 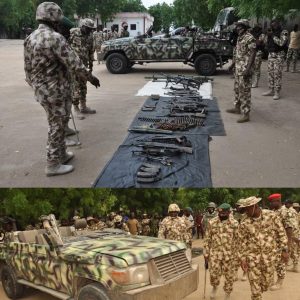 The GOC also made a similar commendation when he paid a visit to troops of 151 and 152 Task Force Battalions in 21 Special Brigade area of responsibility.
He commended troops’ high level of alertness and undampened fighting spirit in recent encounters with elements of Boko Haram terrorists (BHTs) and Islamic State West Africa Province (ISWAP).

The GOC urged the troops to sustain the momentum and ensure that remnants of the terrorists are completely neutralised.

Conveying the appreciation of the Chief of Army Staff (COAS), Major General Faruk Yahaya to the troops for their gallantry in the fight against insurgency, Gen Eyitayo noted that the COAS is determined to ensure that adequate equipment and logistics are made available to enhance their fighting efficiency. He pointed out, that troops’ welfare is paramount to the current leadership.

The GOC assured the troops of prompt Air Support from the Air Component Task Force, emphasizing that Jointness amongst the Armed Forces and other security agencies is a force multiplier, essential for operational success.

He further disclosed that rotation is ongoing in the theatre as directed by the President, Commander-in-Chief of the Armed Forces, President Muhammadu Buhari. He charged the troops to remain focused, vigilant and committed, adding that those due for rotation will be rotated accordingly.

General Eyitayo told the troops, that his visit was necessitated by the need to evaluate and address security and operational challenges, as well as issues bordering on welfare of the troops.

During the visit, the GOC inspected large cache of arms, ammunition and Gun trucks captured from neutralised terrorists.

He was accompanied on the visit by formation and unit commanders, as well as Principal Staff Officers of the Division.