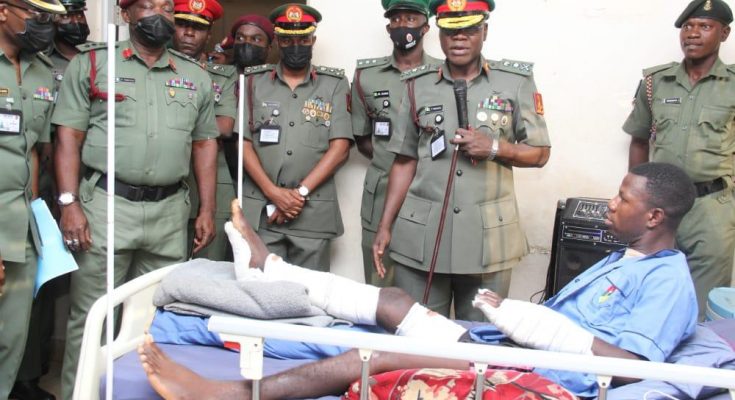 COAS ASSURES WOUNDED PERSONNEL OF COMMITMENT TO THEIR TREATMENT 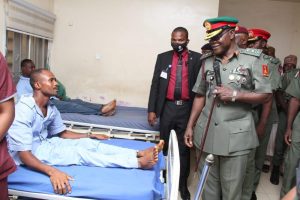 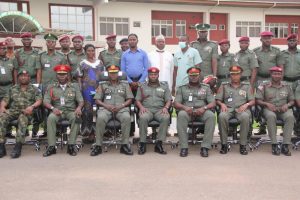 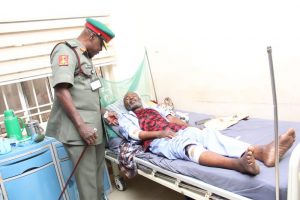 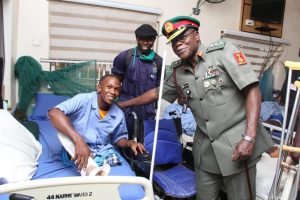 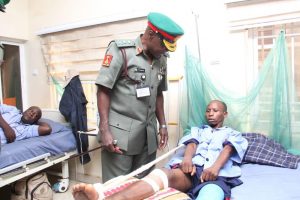 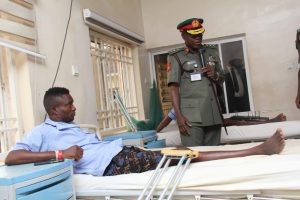 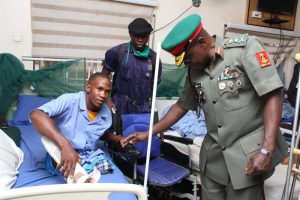 The Chief of Army Staff Lt Gen Faruk Yahaya has reiterated Nigerian Army’s (NA) commitment to giving prompt attention to the medical needs of wounded officers and soldiers at the 44 Nigerian Army Reference Hospital in Kaduna.

The COAS gave the assurance today Thursday 8 July, 2021 while visiting wounded personnel in the hospital. He expressed appreciation for their sacrifice to the nation, adding that the NA is doing everything possible despite the challenges of the Covid – 19 pandemic to provide them with adequate treatment in order to hasten their recovery.

He also disclosed that all arrangements have been concluded for personnel that require medical treatment abroad to be flown out, especially for those that need plastic surgery and prosthetics.

Lt Gen Yahaya further stated that arrangements are ongoing to build a state of the art facility in the hospital for the production of prosthetics for personnel who lost their lower limbs in service to the nation. He disclosed that the ongoing effort is in partnership with some foreign experts from Germany.

According to him, the partnership will not only hasten the provision of such artificial body parts, but also save the army the huge cost of moving the personnel abroad for treatment. He pointed out, that some of the delays being witnessed in actualising this partnership is as a result of the Covid – 19 pandemic.

During a tour of the hospital wards, the COAS made token donations to all the in-patients to further boost their morale.