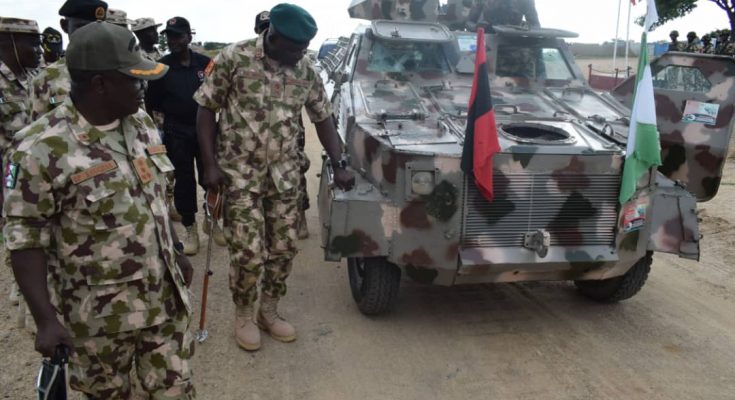 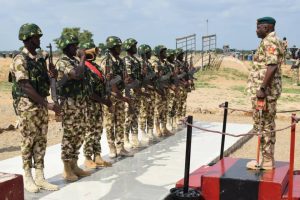 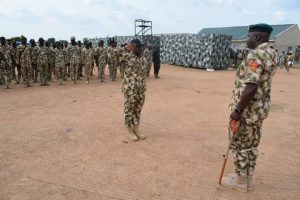 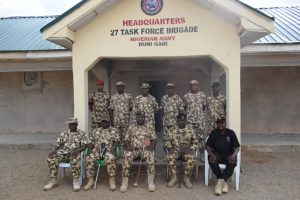 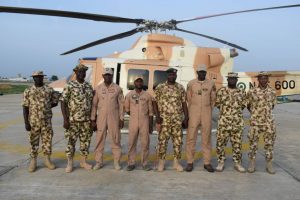 The Theatre Commander (TC) Joint Task Force North East Operation HADIN KAI (OPHK), Major General Christopher Musa has commenced a-2 day familiarization and operational visit to troops in the frontlines, as well as units and formations in the Theatre of OPHK.

Gen Musa kicked off the visit in 7 Division Garrison and units under command to acquaint himself with the locations, assess troops’ deployment, as well as the efforts employed to counter Boko Haram Terrorists (BHTs) and their Islamic State West Africa Province (ISWAP) collaborators.

During his address, the Theatre Commander conveyed the commendation and appreciation of the Chief of Army Staff, Lt Gen Faruk Yahaya to the troops for their commitment in the fight against terrorism and insurgency. He assured them of COAS’ determination to provide adequate support and logistics to execute the war.
He also charged the troops to remain focused and dedicated in the fight, assuring them of COAS’ pledge to reward acts of gallantry. He urged them to remain disciplined and maintain the tempo of the operations.