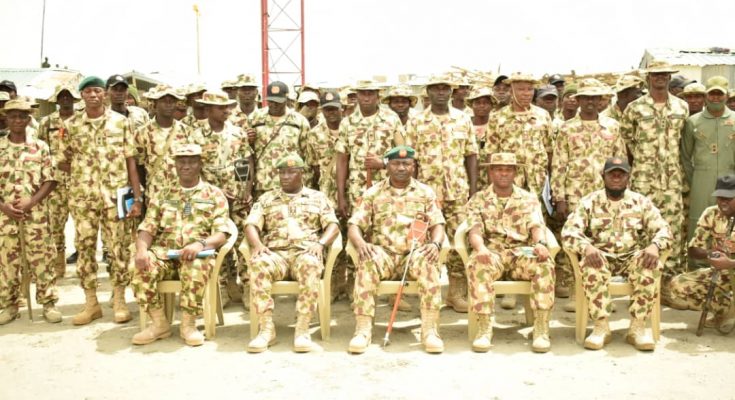 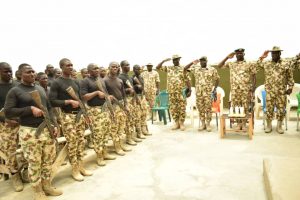 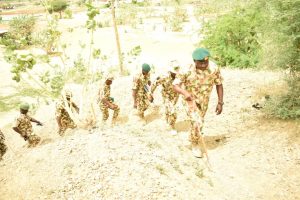 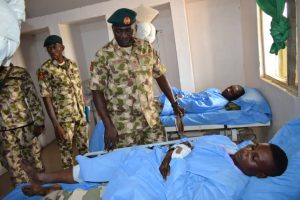 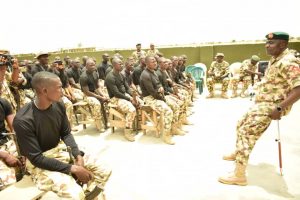 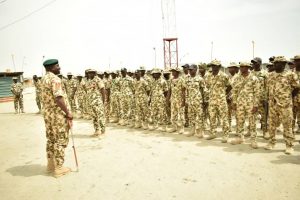 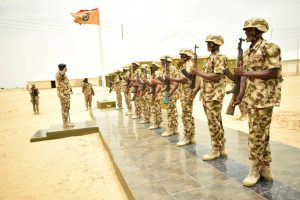 Maj Gen Musa gave the charge recently, during his visit to troops of Sector 3 in an effort to appraise ongoing operational activities, as well as, to motivate troops of 68 Battalion and 5 Brigade deployed in the frontlines at Mallan Fatori and Damasak respectively. The visit was in continuation of his familiarization and operational tour of troops’ deployment at the frontlines in the North East theatre.

The TC, who was briefed on the operational engagements, logistics and challenges of the Battalion by the Commanding officer, Lt Col Victor Ashinze, expressed appreciation to the troops for their selfless sacrifices in the fight against terrorism and insurgency. He tasked them to be more resilient and steadfast in the conduct of their operations. Gen Musa noted, that as border towns between Nigeria and Niger Republics, the locations are strategic and must therefore be dominated by the troops. He assured the troops of the determination of the Chief of Army Staff (COAS) Lieutenant General Faruk Yahaya to ensure all requisite logistics and support for the successful conduct of the ongoing counter insurgency war are provided. The TC further advised the troops to remain focused, disciplined and conduct themselves professionally.

He also visited and commiserated with Wounded-in-Action troops, who are receiving medical attention. The TC was accompanied on the visit by Commander Sector 3, Brigadier General Godwin Mutkut and other Principal Staff Officers from the Theatre Headquarters.