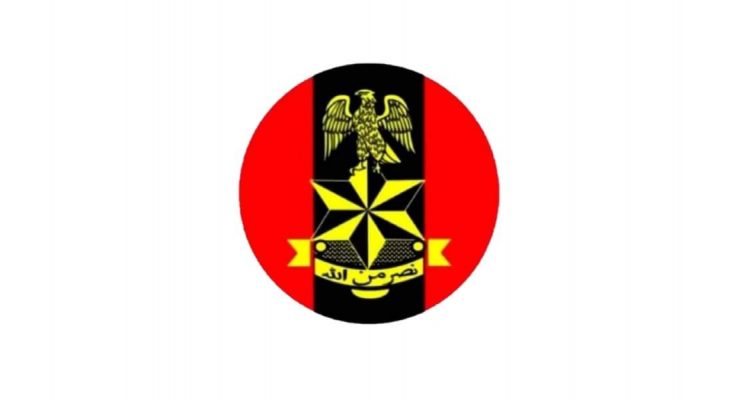 Jul 25, 2021Press ReleaseComments Off on REVISITING THAT CHIEF OF ARMY STAFF’S CLARION CALL

At the flag-off ceremony of Free Medical Outreach organized by the Nigerian Army in commemoration of the Nigerian Army Day Celebration (NADCEL) 2021, the Chief of Army Staff, Lt Gen Faruk Yahaya, made a profound statement that calls for deeper reflection.

Addressing the gathering at the event, the Army Chief waxed metaphorical when he exhorted Nigerians to “Take ownership of the Nigerian Army”. To buttress his point, the General intoned that Nigerians should be proud of their Army and do everything possible to support its operations across the country.

On the face value, one would easily pass off this clarion call as one of such smooth words our leaders often deploy to sooth our nerves and send us to sleep each time they are low on ideas on how to manage our situation. But knowing that this was coming from a war-time Chief of Army Staff who is neither given to empty grandiloquence nor has the time for grandstanding, and at a time the Army which he is leading is prosecuting a brutal war on terror and engaged in multiple internal security operations across the country, this particular exhortation deserves serious contemplation.

Before proceeding to provide answers to the questions above, it is apropos to first of all hazard a guess as to the reason why he made the call in the first place. And it is not far-fetched. It is not hard to discern because there appears to be a widening psychological distance between the Nigerian military and the public; a needless chasm which is a direct consequence of the growing mutual suspicion between them. This reciprocated discontent has in effect given rise to grave anti-military sentiment and the gradual but deliberate demystification of the country’s only indispensable national institution. The unsavory result of this misdirected sentiment is yet to fully manifest, I dare warn! We will come to that later but suffice it to state very clearly that no nation surmounts gross existential threat to its sovereignty and nationhood by a multiplicity of grave security challenges (the way Nigeria is currently buffeted with) and yet trifles with idea of support to its armed forces.

What do you make of the increasing hostility towards our Service men? Why do some Nigerians display no empathy towards those who are daily on the harm’s way to defend the country and protect the people? Why do disagreeable politicians and their minions think that by thumbing down the military and putting them on media trial, they are getting at the Federal Government, forgetting that the military as an organisation, in actual sense, has a life of its own in terms of its professionalism and character?

Why are some citizens ever ready to read ethnic or religious meaning into otherwise pure and dispassionate military actions? What about the refusal by some citizens or communities to share information with the military during operations or even engage in more dangerous act of colluding with or habouring criminals or sabotaging troops by leaking their positions and movements to the adversaries? Like one public analyst demanded on TV not long ago, how come that the easiest way to gain media popularity these days is to be adept at or strident in the denigration and demonization of the military? Questions and more questions…

Worried by these ‘strange’ hostile attitudes and non-committal disposition of some Nigerians towards the military institution and its personnel, as can be gleaned from the concerns raised above, the COAS has every reason to make the clarion call, you would agree.

But let us also look at the flip side. What conditions gave rise to this anti-military sentiment that is almost prevalent across the country today? Are the conducts and dispositions of some personnel of the military part of the reasons? Is the over reliance on the military and deployment of troops to almost every part of the country for every hue of internal security challenge by the Federal Government, the cause? Is it not trite that when our Service men are over exposed to the mannerisms, idiosyncrasies and foibles of the street (in road blocks, street patrols, joint operations with civil police, etc), their professionalism – regimentation and strict discipline – will be diffused? And by the way, can it not be argued also that the many years of military dictatorship took a serious toll on the professionalism, operational effectiveness and accountability? These are the issues.

In any case, whatever it is or wherever we can locate the problem, the real deal is that the situation in the country as at today does not call for further prevarication, theorization or stonewalling. It is bad enough that such agency as National Orientation Agencies (NOA) has gone comatose and moribund otherwise it would have been its natural remit to ‘nudge citizens back to their senses’ through well-articulated messages and messaging styles at a time like this.

We can’t take it for granted that never in the history has Nigeria been so buffeted with the multiplicity of internal security challenges ranging from terrorism, insurgency, banditry, kidnapping, armed robbery, violent separatist agitation and so on. In all of these serious security challenges that pose threats to our national security, who else but the gallant Nigerian Armed Forces are called upon to protect Nigerians and defend the sovereignty of Nigeria? Who else are on the harm’s way taking bullets on our behalf in not our gallant troops?

Never in its history, not even during the civil war, has our military been so stretched with the task of providing internal security assistance to the point of deploying troops to about 34 of the 36 states of the country, as is the case today. Thanks to the Nigerian military for being able to contend with the relentless hydra-headed monster of insecurity that is so determined to destroy the peace and stability of our country. As citizens, we must ensure that their morale is boosted and their fighting spirit up at all times. That is the least we owe our patriotic and dutiful members of the Nigerian Armed Forces.

It is therefore time to close gap. It is time to collapse the wall of mutual distrust and suspicion, and build the bridge of understanding and cooperation between the Nigerian military and the Nigerian citizens. It is time to cooperate with and support our Armed Forces to enable them give us the result we need at this precarious and tempestuous time.

That is what the Chief of Army Staff, Lt Gen Faruk Yahaya, meant when he urged Nigerians to “Take ownership of the Nigerian Army’ (and by extrapolation, the Nigerian Armed Forces). Are we ready?